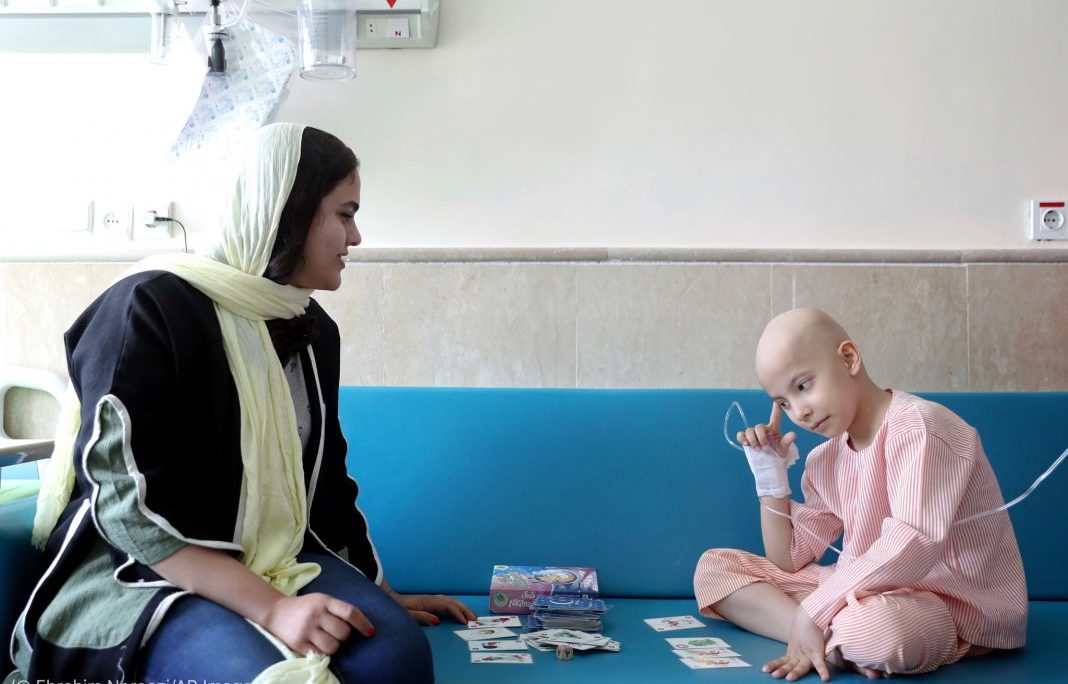 Iranians suffering from cancer, like this boy in Tehran in 2019, will have a better chance of getting life-saving drugs as part of a new U.S. medical supply channel. (© Ebrahim Noroozi/AP Images)

The U.S. is ensuring that cancer drugs and other lifesaving medicines reach Iranian patients, part of a broader push to support everyday Iranians and bypass the Iranian regime’s systemic corruption and financial mismanagement.

The channel, developed in cooperation with the Swiss government, has already delivered at least 180,000 packages of medicine to Iran.

“While we work to provide the Iranian people with medicine, the regime makes no such effort,” Hook said.

The U.S. is using economic sanctions to prevent the Iranian regime from funding terrorism and reduce the regime’s ability to support violent proxy groups across the Middle East. The U.S. does not sanction medical supplies, agricultural products, personal communication devices or humanitarian aid intended for the Iranian people.

The regime has diverted more than $1 billion intended for medical supplies away from patients, Hook said. He cited a letter last year from Iranian President Hassan Rouhani’s top aide seeking an explanation for the theft. Millions of more dollars intended for medical supplies have been spent on electrical cable, cigarette paper and tobacco, Hook said.

Hook also said that the new channel has succeeded in getting the Iranian people the supplies they need while other efforts have failed. The European Instrument in Support of Trade Exchanges (INSTEX) has yet to deliver any medical supplies to Iranian patients.

Treasury Secretary Steven T. Mnuchin said in a statement, “The United States is determined to ensure the Iranian people have access to food, life-saving medicines and other humanitarian goods.”