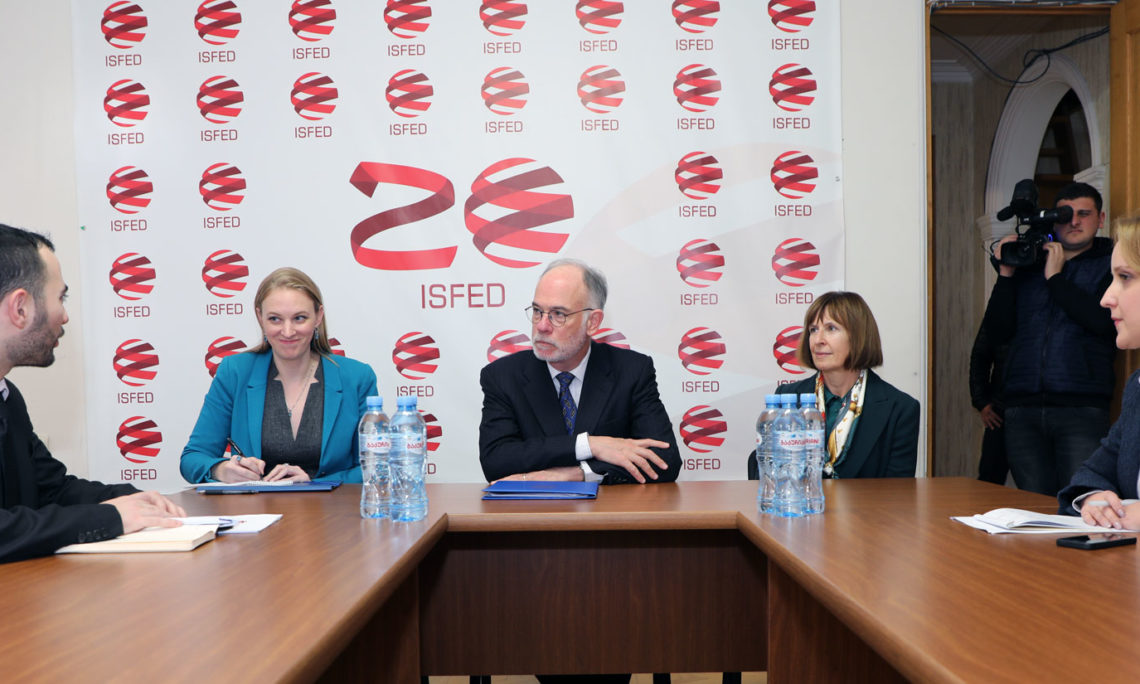 Q-n about the meeting with representatives of local observer missions

Ambassador Ross Wilson:  I was very pleased to have the opportunity here at ISFED to hear from several of the important civil society organizations that are following elections.  What this and other civil society organizations represent is fundamental to Georgia’s democracy, which is one of its great asserts in the United States and the West and, of course, for Georgia itself.  I talked about the importance of an election that helps to support Georgian democracy, support Georgia’s development as a strong, stable, free country.  I learned some things and we,and others, will be watching what happens with great interest over the course of the coming ten days.

Ambassador Ross Wilson:  I don’t want to get into the hurly-burly, the clash of political views, too much in this country.  It is clear that this is a tense election, there is a lot of polarization in Georgian society. There are some important issues to get through and I think that the results of the election will be important—the voters will speak.