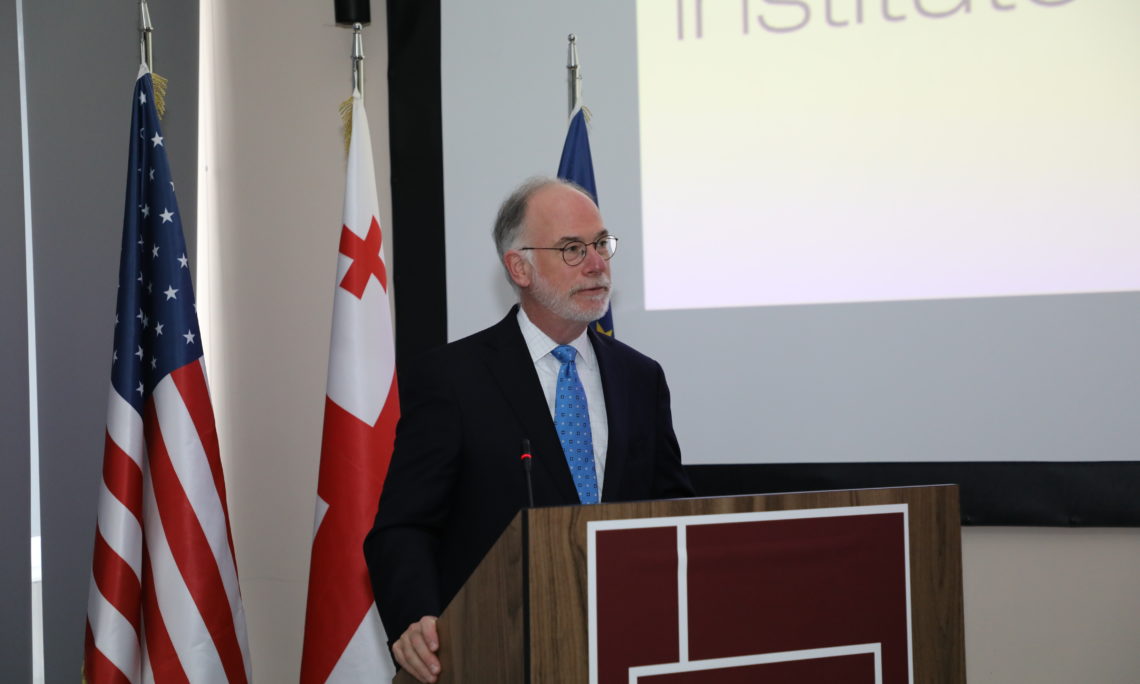 Ambassador Ross Wilson, Chargé d’Affaires, a.i:  I am very pleased to be able to take part in this ceremony to commemorate the 125th the anniversary of the Walter Reed Army Medical Institute, which is an important part of America’s commitment to this country and to healthcare in this country.  The work that the institute does together with the Georgian Center for Disease Control is extremely important in monitoring infectious diseases here, monitoring disease resistance to anti-microbial drugs, and in building Georgia’s capacity for dealing with medical issues going forward.  And, the fact that this institute is here reflects America’s commitment to a Georgia that is successful, that is prosperous, that is healthy, and that is free and secure in its independence and territorial integrity.

Q-n about the inauguration, the confrontation between the opposition and the law enforcement representatives, pressure on the police from the opposition, about the developments in general

Ambassador Ross Wilson, Chargé d’Affaires, a.i:  The United Stars was proud and pleased to take part in the inauguration ceremony.  We were represented by an Assistant Administrator of the Agency for International Development, which for 25 years has played a lead role in this country in assisting in its economic, political, and social development and the progress that has been made here.  Both the USAID representative Brock Bierman and I congratulated President Zurabishvili on her inauguration and on what it means for this country.  As for the other events that took place yesterday, the United States obviously supports the rights of freedom of speech and freedom of assembly.  We support those rights to be carried out in a calm and peaceful manner, and I think we are very concerned about the images that were seen yesterday—what they say to Georgians, what they say to Georgia’s friends around the world about where this country is.  We call for calm for Georgia now to move forward in the aftermath of these elections and get to the important work of strengthening this country and strengthening its future.

Q-n about the U.S. Senate’s bipartisan Georgia Support Act enhancing the relationship between the United States and Georgia

Ambassador Ross Wilson, Chargé d’Affaires, a.i:  I think the facts are that there is broad bipartisan support in the United States for Georgia, Georgia’s democratic development, for Georgia’s market development, and for deepening U.S.-Georgia ties.  What the Senate has done, what the House has done going back many, many years in many different ways reflects that strong commitment.