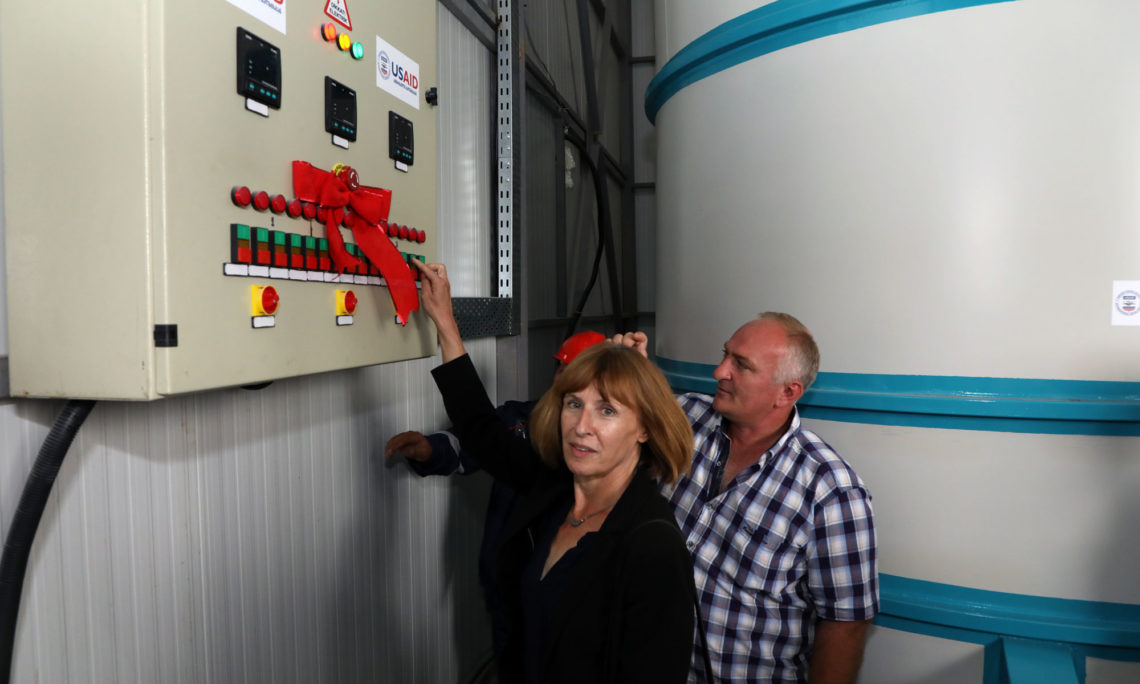 CDA Elizabeth Rood: The government of the United States of America has been investing in Georgia’s hazelnut sector since 2010 through USAID.  We have a great partnership with the Georgian government and the private sector.  This new facility offers very important services to more than six hundred farmers in Samegrelo, and I would highly encourage the farmers to use this opportunity that will increase the quality of their product.

Question about the 10 year anniversary since the August war

CDA Elizabeth Rood:  This is the ten year anniversary of the war between Russia and Georgia, which resulted in hundreds of deaths, tens of thousands of people injured, and tens of thousands of additional Georgians displaced from their homes who have yet to be able to return and who are still suffering from the effects of the war.  This war has left 20 percent of Georgia’s territory occupied and this a deplorable situation. The United States firmly supports Georgia’s sovereignty and territorial integrity within its internationally recognized borders and we are working very hard with Georgia towards a day when these conflicts will peacefully be resolved.