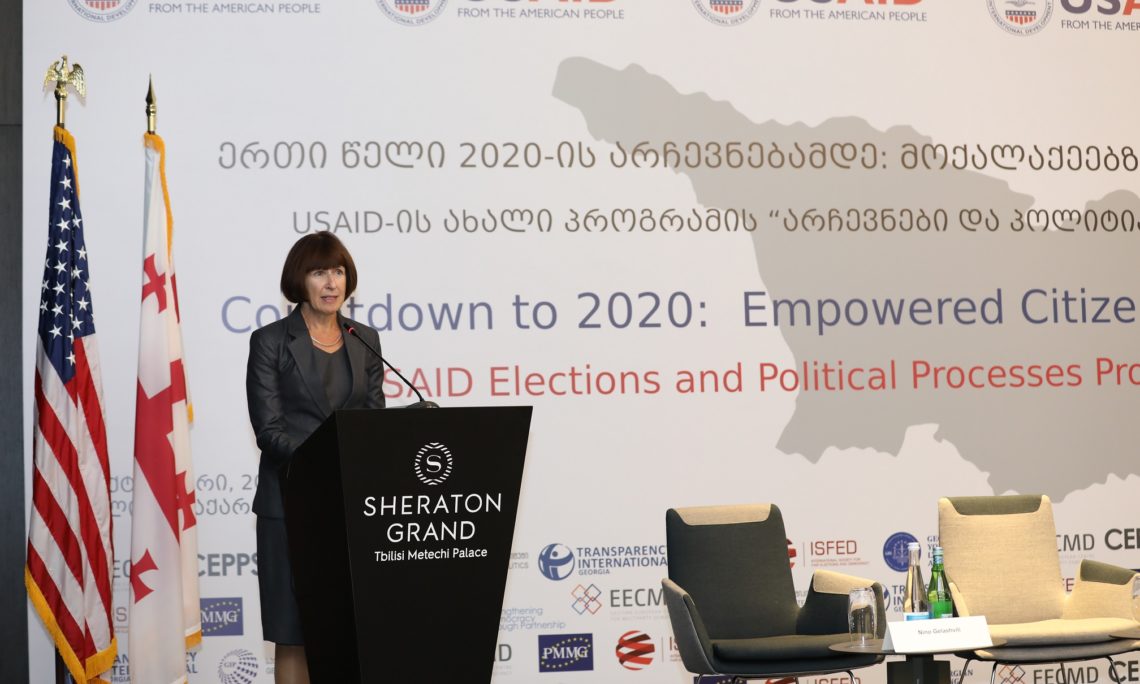 Charge d’Affairs, Elizabeth Rood: Georgia is standing at a very important moment in its democratic development because the anticipated move to fully proportional parliamentary elections in 2020 presents the potential for the strengthening of democratic institutions, the creation of more pluralism and of democratic institutions that are ever more responsive to the needs of citizens. In order for this potential to be realized, however, it is very important that the electoral reforms currently under consideration address the shortcomings that have been identified by international observers and domestic observers in previous elections and that they create a more level playing field for the development of pluralism and the representation of many parties in the parliamentary system. Today, the United States is very proud that we are launching a new USAID program that consists of seven new projects that will aim to increase citizens’ participation and citizens’ oversight of Georgia’s electoral systems. And, so, we have confidence that these new projects are going to help strengthen Georgian democracy, and we stand with Georgia on its democratic path.