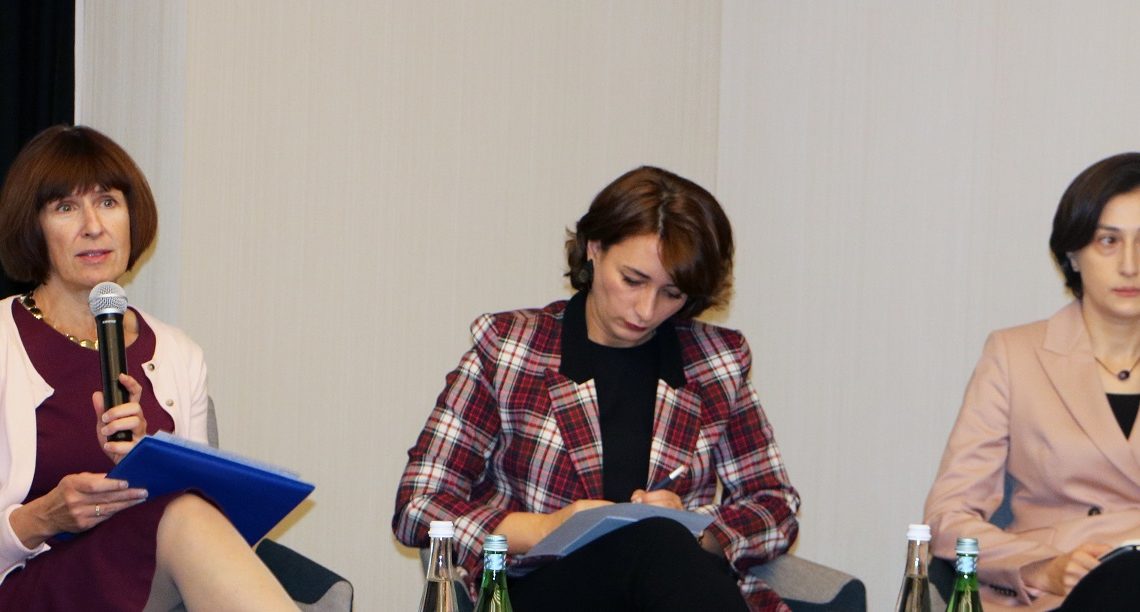 Freedom of expression is a value shared by Georgia and the United States and a basic condition for individual liberty and for maintaining a free society. On November 1, CDA Rood spoke at Transparency International Georgia’s conference on hate speech, an event supported by USAID’s Promoting Rule of Law in Georgia activity. She emphasized that the U.S. government supports efforts to address hate speech without compromising free speech. Through USAID, the U.S. supports the Government of Georgia and civil society to strengthen the rule of law, including protections for free speech.

Charge d’Affairs, Elizabeth Rood:  The United States has always strongly supported Georgia and its democratic path, and that includes helping Georgia in protecting the constitutionally-defended rights of all citizens to freedom of expression and freedom of speech because this is a pillar of any democratic society.  Hate speech presents a very difficult challenge to free and democratic societies because hate speech is speech that turns elements of society against one another, instead of uniting them to face common challenges.  Here in Georgia, we have seen problems with hate speech, including in last year’s presidential elections, and so there is certainly a desire to take steps to address this problem here.  Today’s very important seminar, which is supported by USAID, is aimed at bringing together the shareholders of this problem, the government, civil society, and domestic and international experts, to talk about ways to manage the challenge of hate speech without unduly restricting the freedom of speech of Georgian citizens.

Q-n about increasing Russian influence in the Georgian Orthodox Church

Charge d’Affairs, Elizabeth Rood:  I would say that we understand well that Georgia is a country that is facing not only Russian malign influence but open Russian aggression and occupation of 20 percent of its territories.  But again, I do not want to comment on internal matters of the Georgian Orthodox Church.

Charge d’Affairs, Elizabeth Rood: The United States remains deeply concerned about the situation with the closure of the crossing points of the Administrative Boundary Line between Tbilisi-administrated territory and occupied South Ossetia.  And the tragic death of Margo Martiashvili is the latest in the list of tragic deaths along the Administrative Boundary Lines with both occupied territories.  We add her name unfortunately to the list that includes Otkhozoria, Tatunashvili, Kvaratskhelia, and Basharuli.  We again very strongly call on de-facto authorities in South Ossetia and Russia to reopen the crossing points of the Administrative Boundary Line, and especially, as well to allow access to humanitarian and human rights organizations to address the critical needs of the affected population.