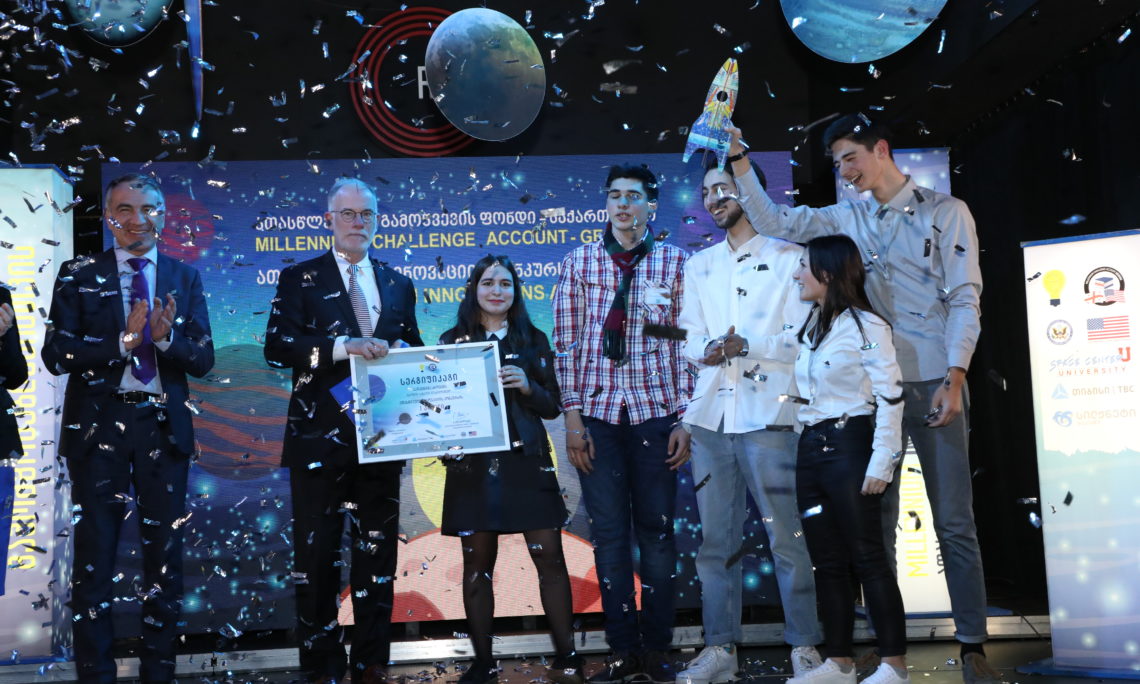 Charge d’affairs, Ambassador Wilson: I am delighted to be a part of this Annual Millennium Innovation Awards Ceremony that recognizes excellence achieved by young people of Georgia in science, technology, engineering, and math. These are the kinds of skills young Georgians will need to succeed in the 21st-century economy, that Georgia needs, and for that reason the United States, and I personally, are delighted to be able to support this effort as part of our broader effort to support the success of free and democratic Georgia.

Q-n: how would you assess the government’s response to the leak of secret tapes depicting the private life of one of the Georgian politician?

Charge d’affairs, Ambassador Wilson: I have seen the press reports about this. It is deplorable.  It is invasion of an individual’s privacy that I think is something we should all abhor. I would prefer to reserve judgement on exactly who is responsible for this. Clearly, the government has obligations for protecting people’s personal privacy, and I hope and expect that the authorities will look into the issue thoroughly, as they have indicated they will.

Q-n: SSSG published a report stating that countries trying to influence Georgia to use hybrid war methodologies and that Russia’s actions have not changed, they keep on trying to annex Georgia, what is the U.S. position on this?

Charge d’affairs, Ambassador Wilson: I have not seen the report that you are referring to, but clearly the problems of Russian intimidation of Georgia, the Russian disinformation here, hybrid warfare – these are all issues that are important for Georgia, that are important for us in different context of course, and I think the authorities take the risks and the vulnerabilities quite seriously, as they should.