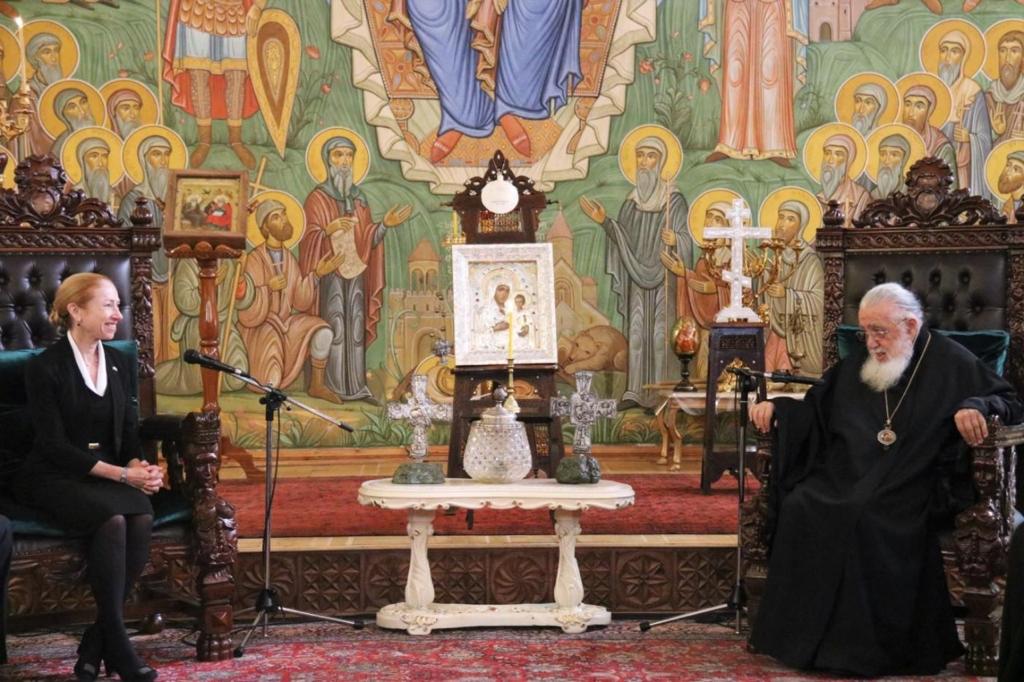 It is a great honor to be asked to express the United States’ congratulations and respect for His Holiness Ilia II on the occasion of his 90th birthday and the 45th anniversary of his enthronement.

Since 1977, His Holiness has provided spiritual support and guidance to Georgians as the leader of the Georgian Orthodox Church.  His grace, wisdom, and moral clarity through truly momentous times have played a vital role in preserving Georgia’s identity and faith, as well as shaping Georgia’s rebirth as an independent nation.

I have been blessed to meet His Holiness and I have always been touched by his wisdom, compassion, and strength.  He occupies a truly unique place in Georgian society, and it is no surprise that he is beloved by so many.

The U.S. Embassy deeply respects the important role His Holiness and the Georgian Orthodox Church play in Georgia.  His Holiness has lived a life dedicated to the cherished values of peace, freedom, and unity – values Americans also hold dear.  Throughout his long and distinguished tenure, the Patriarch has called on all to find peaceful solutions to challenges, and he continues to be a voice for unity in today’s polarized world.

The United States remains committed to supporting the goals that His Holiness has devoted his life’s work to – a peaceful, sovereign, democratic Georgia.

Millions have been blessed by His Holiness’ spiritual guidance and dedication to the people of Georgia.  We wish him years of continued strength, health, and serenity.