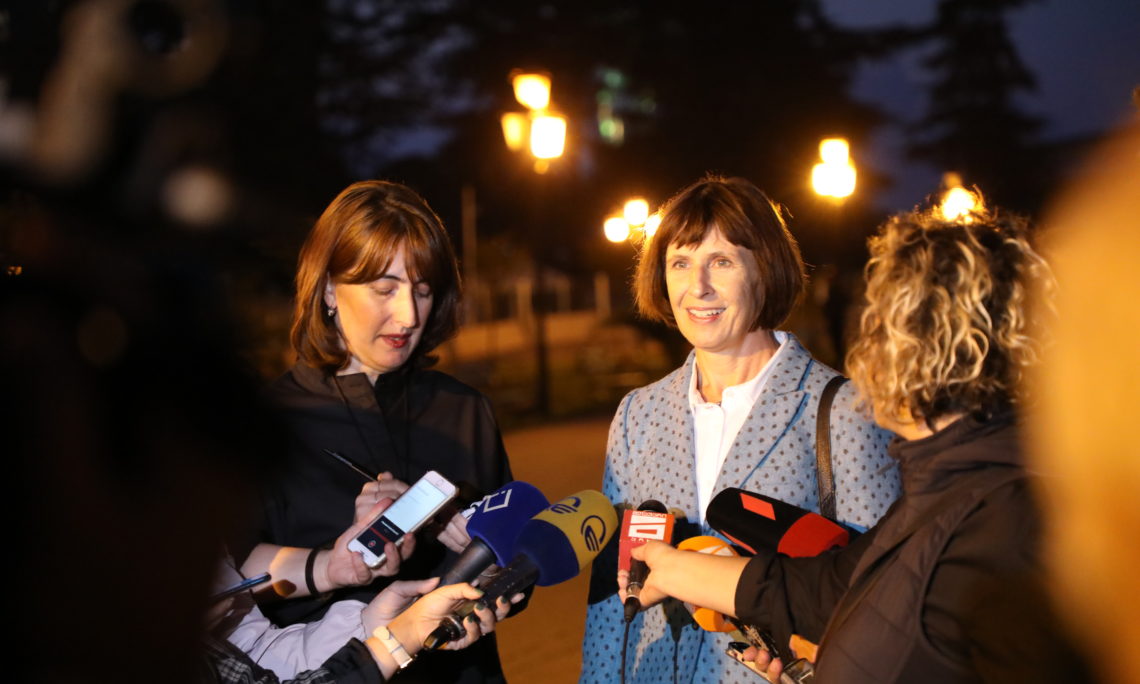 CDA Rood: It is my honor to welcome the USS Porter crew in Batumi today. We look forward to increasing relations between the United States and Georgia in matters of Black Sea security. The USS Porter’s visit is the third visit made by an American military ship this year. These visits demonstrate the United States’ commitment to security and stability in the Eastern Black Sea region. I would like to thank the citizens of Batumi and Ajara for their hospitality and thank Georgia’s defense and security forces for their contribution to global peace and security. [translated from georgian]

Q-n About if the Georgian government members were invited to the reception, e.g. the PM, the Defence Minister, etc, as it is unprecedented not to see them here tonight

CDA Rood: I am delighted at the tremendous support the visit of the Porter is enjoying on behalf of the Georgian government and the people and the government of the Autonomous Republic of Ajara and the city of Batumi. We have excellent cooperation. This event tonight has a great turnout, and we are very pleased.

CDA Rood: I will simply say this is law enforcement and a judicial issue between Georgia and the Russian Federation. So, it would not be my place to comment on that.

CDA Rood: Again, I would say we are very pleased with the participation of Georgian government officials in the visit of the Porter. We are going to have an excellent exercise tomorrow, we have had a great visit here in Batumi, and we are very satisfied.

Q-n about why the Anaklia deep sea port construction was halted, as the Anaklia Development Consortium claims, because of the Georgian government

CDA Rood: The United States’ position with respect to Anaklia remains unchanged. We think it is a very important project for Georgia and for the region. We would very much like to see it completed with American investment, and we are still committed to that outcome.

CDA Rood: The United States’ position remains, quite firmly, that we support the 2008 Bucharest NATO Summit statement that Georgia will become a member of NATO. Many friends of Georgia have suggested ways that that process could be accelerated, but there is not an official position with respect to the suggestion Mr. Rasmussen made. So, our policy remains – we are firmly committed to Georgia’s NATO membership.