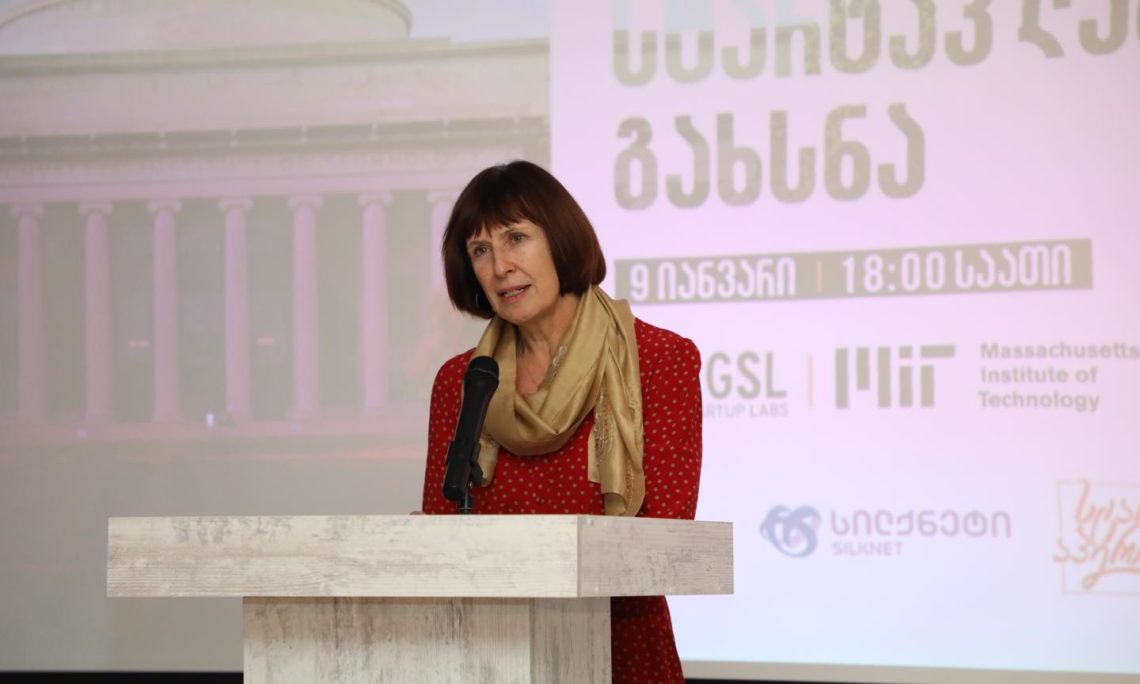 Chargé d’Affaires Rood showed her enthusiastic support for Georgia’s progress in the startup field and met with MS. Nino Enukidze, as well as students and faculty attending the conference.

Charge d’affairs, Elizabeth Rood: The Massachusetts Institute of Technology’s Global Start-up Lab program was established 19 years ago, and in that time it has supported economic development in more than 19 countries by helping young entrepreneurs in the technology sector to get started.  So, we are very happy today that the Global Start-up Lab program is beginning here in Georgia at the Business and Technology University.  The United States Embassy, and USAID and the Millennium Challenge Corporation, over the years, have done a great deal also to support economic growth through support to young entrepreneurs and startups here in Georgia, and we are just very delighted to see an important American university join that effort.

Charge d’affairs, Elizabeth Rood:  I really don’t know enough about this list to comment on it in detail.  And so, I would just say that I think, especially heading into an election year, it would be very good for all political parties in Georgia to act in a spirit of constructive cooperation in order to advance democracy in Georgia.

Charge d’affairs, Elizabeth Rood: Well, I have seen the news today that the government has taken the decision to terminate the agreement with the Anaklia Development Consortium.  The United States continues to believe that the Anaklia project is a very important one strategically for Georgia, and we think it is a project that ought to include U.S. investment as it is developed, and we hope it will be.

Q-n about the recent developments in U.S. – Iran relations

Charge d’affairs, Elizabeth Rood: well, on that point, I am going to have to refer you to the remarks that President Trump delivered yesterday.

Charge d’affairs, Elizabeth Rood: Well, so far I have had the opportunity to review the executive summary of the OSCE/ODIHR report on the supreme court justice selection process, and I would say that the ODIHR report assesses as positive developments in this progress some elements to the selection process, and it also points to a number of concerns and shortcomings that the United States also expressed in this regard.  And so, we again would say that, before additional justices are appointed to the court, it would be good to see further refinements to the process.