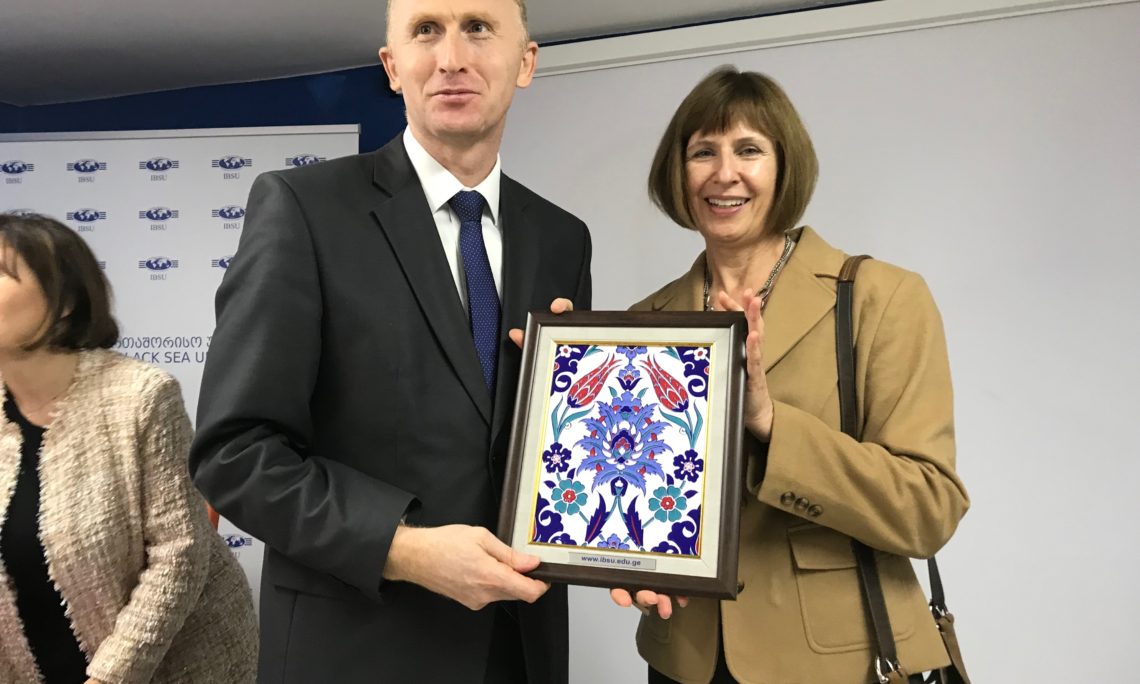 CDA Rood:  We have welcomed the decision of the Georgian Government to join the many countries who have taken a stand that there’s a price to Russia’s actions, that have taken a stand against Russia’s attack on British soil, using weapons—achemical nerve against—against a [British] citizen and his daughter, and we feel that this was the right thing to do.