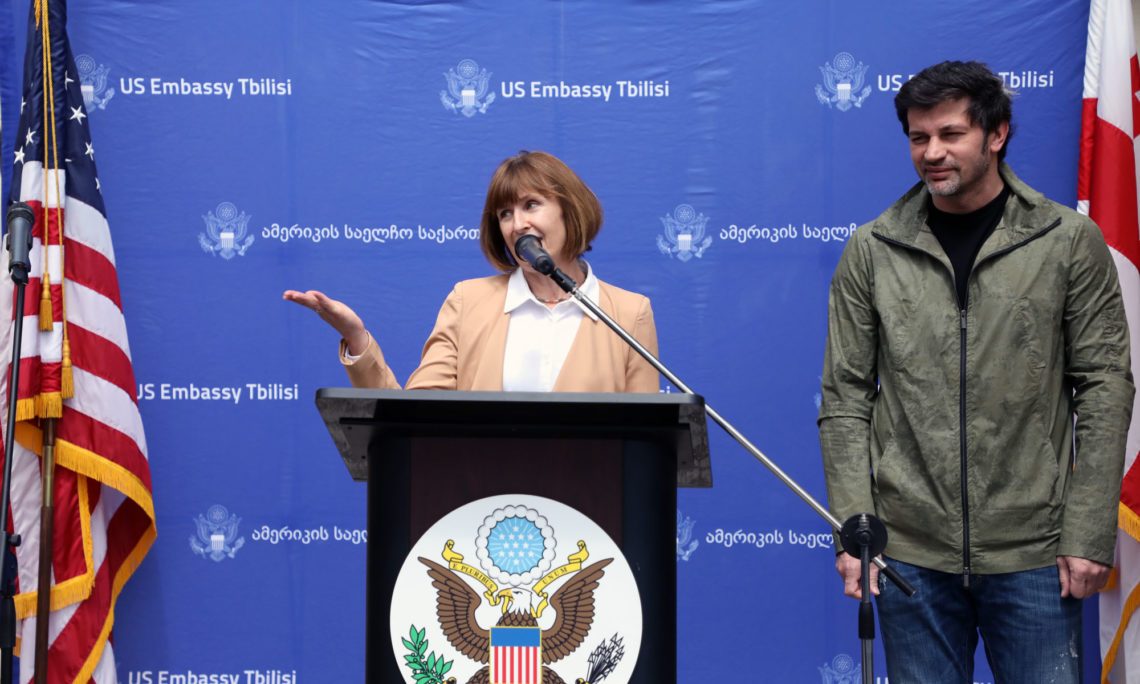 CDA Rood:  Today we celebrate Earth Day.  This is the day when we take care of our environment, and today I am here together with the Mayor of Tbilisi to celebrate Earth Day.  We know that air pollution is the most serious problem in Tbilisi and the main source for this pollution is car emissions.  Air pollution is a serious problem for human health, especially for the elderly and kids.  Thus the government, City Hall, and citizens should take steps to solve this problem.  Today, my private car will be tested on air pollution and let’s see what the results show.  If there will be technical problems, it is my duty to address those issues.

Q-n about the State Department Human Rights Report, and whether all parties were consulted before publishing the report

Elizabeth Rood:  Every year the United States issues its Human Rights Report about the human rights situation in every country in the world.  And our report issued recently in Georgia was good.  We did express some concerns.  One concern we expressed was about media pluralism and the fact that the consolidation of three media outlets and change in leadership of the Public Broadcaster could create a perception of a reduction of media pluralism among the people.  We also expressed continuing concern about the disappearance of Azerbaijani journalist Afghan Mukhtarli and have called for a transparent investigation into that case.  And of course, we express concerns particularly about the human rights situation in the occupied territories of South Ossetia and Abkhazia.  The United States’ Embassies gather information from all available sources in preparing these reports.