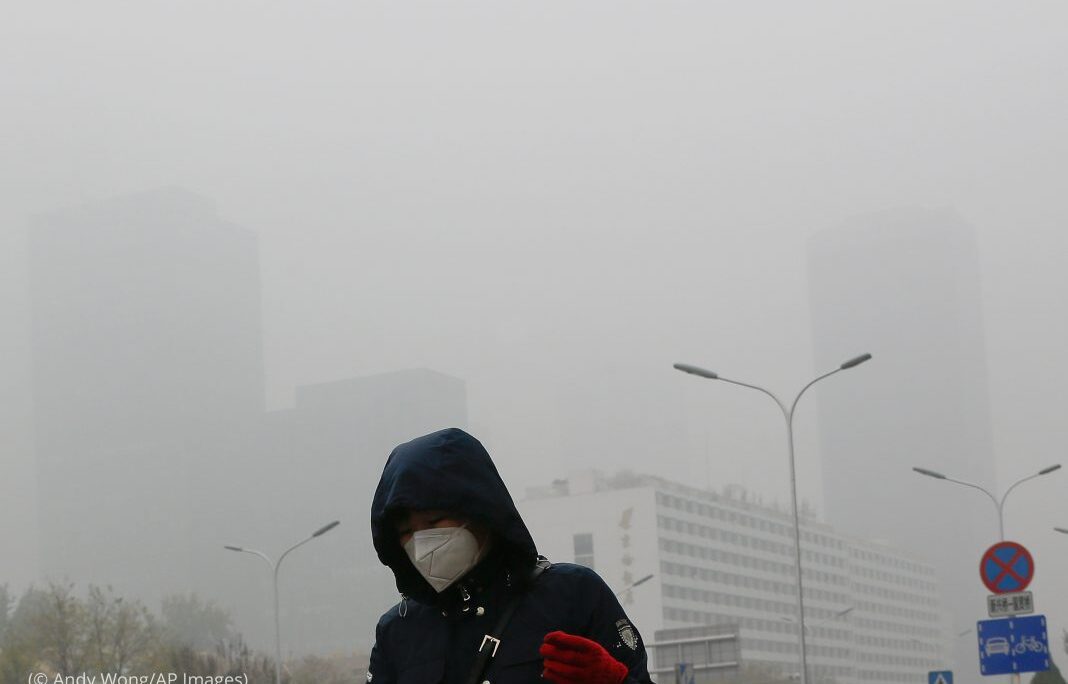 A woman walking in Beijing wears a mask to shield her face from pollution as heavy smog blankets the capital on November 14, 2018. (© Andy Wong/AP Images)

The People’s Republic of China is the world’s leading annual emitter of greenhouse gases and mercury. This noxious air pollution threatens China’s people, as well as global health and the world’s economy.

“Too much of the Chinese Communist Party’s economy is built on willful disregard for air, land, and water quality,” Secretary of State Michael R. Pompeo said in August. “The Chinese people — and the world — deserve better.”

While PRC President Xi Jinping recently committed China to achieving carbon neutrality by 2060, he has offered few details on how he will reach that goal. The country is increasing construction of coal-fired power plants, the largest contributor to CO2 in the air, according to news reports.

The Chinese Communist Party's continued destruction of the environment threatens the global economy and global health, but has the worst impact on its own people. The world deserves better. https://t.co/pQjSSHMGr3

Beijing’s industries also lead the world in emissions of mercury, a harmful neurotoxin.

Public disclosure of environmental data can lead to lasting improvements in air quality. However, the CCP’s domestic repression, including limits on press freedoms, slows changes that could reduce emissions and benefit the environment.

The U.S. Embassy in Beijing began monitoring the city’s air quality in 2008. The embassy’s public disclosure of that data, and scientific exchanges with the U.S. Environmental Protection Agency, prompted China to strengthen its standards for monitoring air quality and improve it.

Now U.S. embassies and consulates are monitoring air pollution in more than 70 cities around the world and disseminating air-quality data in real-time through ZephAir, a mobile application recently launched by the U.S. Department of State. This app provides reliable information about air quality and allows citizens around the world to protect themselves from air pollution, a leading cause of death.