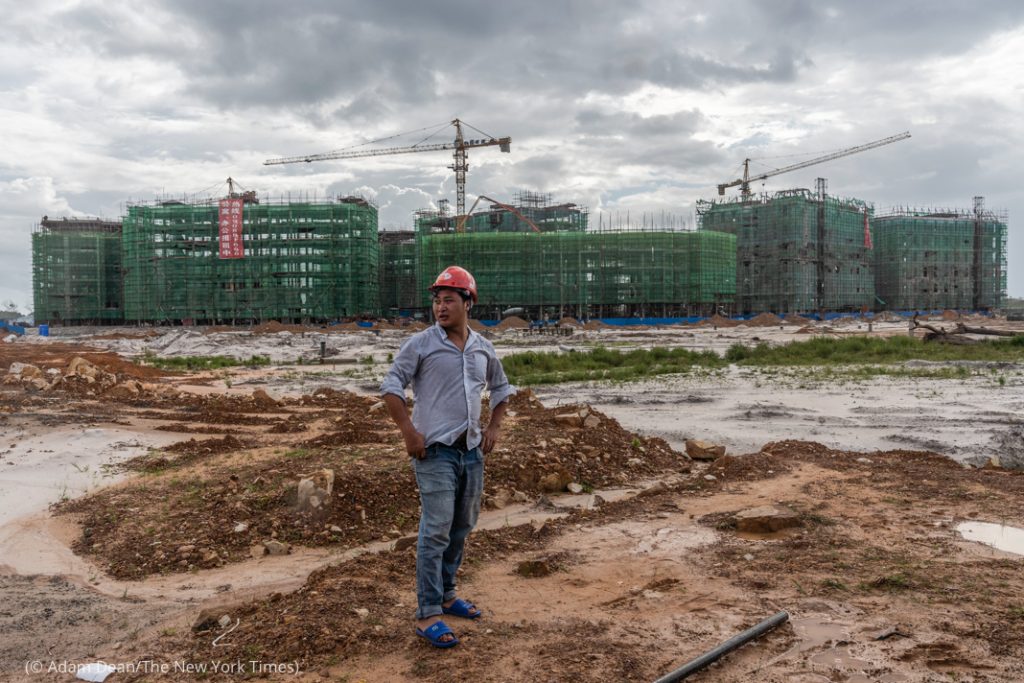 A construction worker stands in front of a Chinese construction project in the Dara Sakor investment zone in Cambodia on August 8, 2019. (© Adam Dean/The New York Times)

The People’s Republic of China’s state-owned companies are destroying the environment in countries around the world, one corrupt infrastructure project at a time.

The PRC is the world’s largest emitter of greenhouse gases and mercury pollution and the leading consumer of illegal wildlife and timber products. And the PRC’s state-owned companies are exporting the Chinese Communist Party’s disregard for the environment through the often corrupt infrastructure projects of the regime’s “One Belt, One Road” (OBOR) initiative.

The program’s lack of clear environmental guidelines can leave countries facing the consequences of projects that failed to meet international standards.

In South Sudan, PRC state-run companies, including the China National Petroleum Corporation, have financed oil consortia that polluted water and soil with toxic chemicals, the Associated Press reports. Residents living nearby have suffered an alarming number of health problems, including birth defects.

One PRC-supported oil consortium also has engaged in corruption, using funds earmarked for development to support lavish lifestyles of senior politicians, the AP reported, citing a September 2019 report from the The Sentry, a watchdog group based in Washington.

On September 15, the United States sanctioned the Union Development Group Limited (UDG), a PRC state-owned company, for its role in corruption surrounding the development of a multibillion-dollar resort in Cambodia. The project spans almost 20% of the country’s coastline and encompasses more than 36,000 hectares of land. This includes part of the protected Botum Sakor National Park, home to endangered wildlife species already threatened by poaching.

U.S. officials say UDG falsely registered as a Cambodian-owned entity to lease the land before reverting back to PRC control. The company, through a senior Cambodian general sanctioned for corruption by the United States in 2019, used Cambodian military forces to clear out land for the project by force, devastating the environment and hurting the livelihoods of local residents.

Of additional concern are media reports that Phay Siphan, the Cambodian government spokesman, said that the Dara Sakor investment zone could be converted to host military assets, the U.S. Department of the Treasury said.