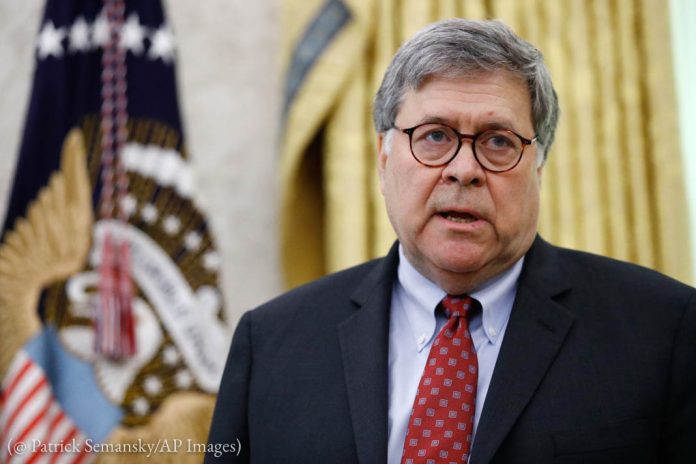 The Chinese Communist Party (CCP) exploited global business norms to drive its economic rise. Now the CCP is using its economic power to gain leverage over nations and businesses and limit freedoms around the world.

In July 16 remarks in Grand Rapids, Michigan, U.S. Attorney General William Barr detailed how the CCP is engaged in an “economic blitzkrieg,” using predatory and often illegal tactics to grow its economy and export its authoritarian style of government.

Seeking a world ‘safe for dictatorship’

The People’s Republic of China (PRC) “seeks to leverage the immense power, productivity and ingenuity of the Chinese people to overthrow the rules-based international system and to make the world safe for dictatorship,” Barr said.

“It is clear that the PRC seeks not merely to join the ranks of other advanced industrial economies, but to replace them altogether,” he added.

AG Barr: Xi Jinping, who has centralized power to a degree not seen since the dictatorship of Mao Zedong, now speaks openly of China moving “closer to center stage,” “building a socialism that is superior to capitalism,” & replacing the American Dream with the “Chinese solution.”

In his remarks at the Gerald R. Ford Presidential Museum, Barr detailed the Chinese government’s tactics for gaining leverage over nations and businesses and said China uses that leverage to limit competition and censor expression.

Luring companies to China to steal their ideas

The CCP has lured foreign companies to China with promises of market access, only to enable theft of their intellectual property, Barr said. The CCP requires foreign companies to form joint ventures with Chinese firms, then creates market barriers after information is obtained.

Barr cited a 2010 incident in which the CCP used its control over supply chains to retaliate against Japan. The CCP cut off sales of rare earth materials, used in the production of consumer electronics and medical supplies, after a dispute over territory in the East China Sea.

China’s leaders gain undue influence over developing nations through the Belt and Road Initiative. Barr called the program, which foists unsustainable loans that compromise long-term development on the countries that can least afford it, “little more than a form of modern-day colonialism.”

Beijing also requires foreign companies to self-censor in order to maintain access to the vast Chinese market, Barr said. This allows the CCP to export its draconian domestic policies to other countries.

“The CCP’s campaign to compel ideological conformity does not stop at China’s borders,” Barr said, citing the Trump administration’s China strategy. “Rather, the CCP seeks to extend its influence around the world, including on American soil.”