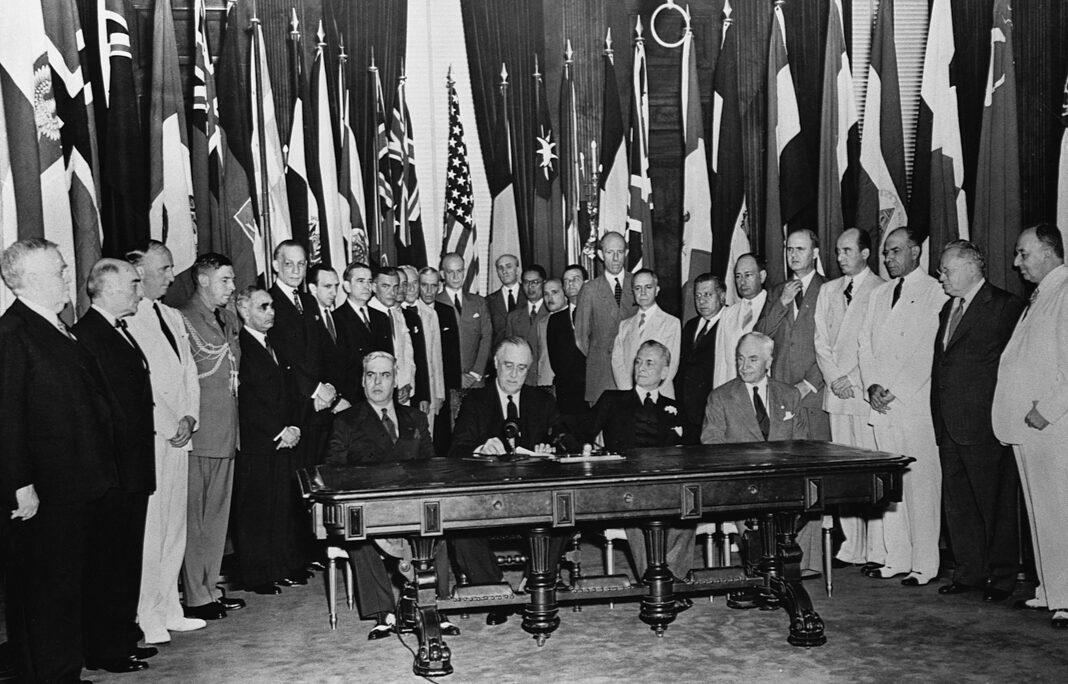 January 1, 1942, was a milestone in diplomatic history — a day when representatives of the “Big Four” Allied countries (the United States, the United Kingdom, the Soviet Union, and China) gathered in Washington to sign the United Nations Declaration, formally pledging cooperation in defeating the forces of fascism.

It was President Franklin Roosevelt who suggested the term “United Nations,” originally used to signify the countries allied against the Axis powers of Germany, Italy and Japan.

From the outset, the defeat of Germany’s Nazi regime and its Axis partners was the Allies’ overarching objective, with the doctrine of “complete victory” foreshadowing a subsequent demand for the Axis powers’ unconditional surrender, U.S. Department of State diplomatic historian Charles I. Bevans writes in his book The ‘Art’ of Diplomacy.

But the declaration’s insistence on upholding human rights and the sovereignty of nations was meaningful, as well, enshrining principles that would animate the organization created in 1945 to help resolve international disputes: the United Nations.

By the end of World War II, another 21 countries had acceded to the declaration.

Fittingly, when delegates assembled at the San Francisco Conference on June 26, 1945, to sign the Charter of the United Nations, they adopted the new organization’s name in tribute to the late U.S. president who had coined the term three and a half years earlier.