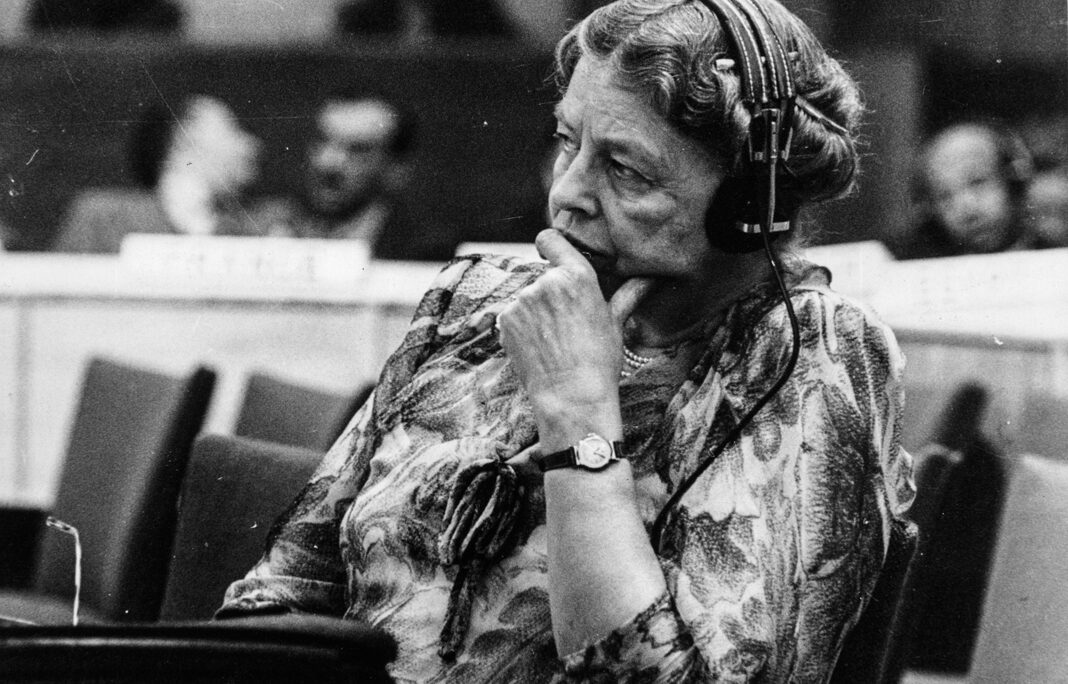 The Universal Declaration of Human Rights (UDHR), ratified in 1948, for the first time articulated the rights and freedoms to which every person is entitled.

Influenced by the core values at the heart of the U.S. Constitution, the UDHR affirmed “the equal and inalienable rights of all members of the human family is the foundation of freedom, justice and peace in the world.”

“An American commitment to uphold human rights played a major role in transforming the moral landscape of … international relations after World War II,” said Secretary of State Michael Pompeo in July 2019. The UDHR “ended forever the notion that nations could abuse their citizens without attracting notice or repercussions.”

At the first United Nations General Assembly session in 1946, the newly formed organization proposed the creation of a document that would ensure a conflict like World War II would never happen again.

Former U.S. first lady Eleanor Roosevelt chaired the U.N. Human Rights Commission, which was tasked with creating the framework for the document.

Roosevelt worked with the 17 other members of the commission, including representatives from France, Lebanon, China and Canada, to create the UDHR over the course of two years.

“All human beings are born free and equal in dignity and rights,” reads the first article of the UDHR. “They are endowed with reason and conscience and should act toward one another in a spirit of brotherhood.”

Under Roosevelt’s leadership and guided by American principles of liberty and freedom, the U.N. ratified the UDHR on December 10, 1948. Available in more than 500 languages, the UDHR is the most translated document in the world.

Each year, on International Human Rights Day, “we celebrate the universal rights outlined in the UDHR, and recommit ourselves to protecting and promoting these fundamental, universal and essential freedoms,” said Pompeo in December 2019. “The United States will always remain a staunch supporter of those who strive for their unalienable rights and human dignity.”