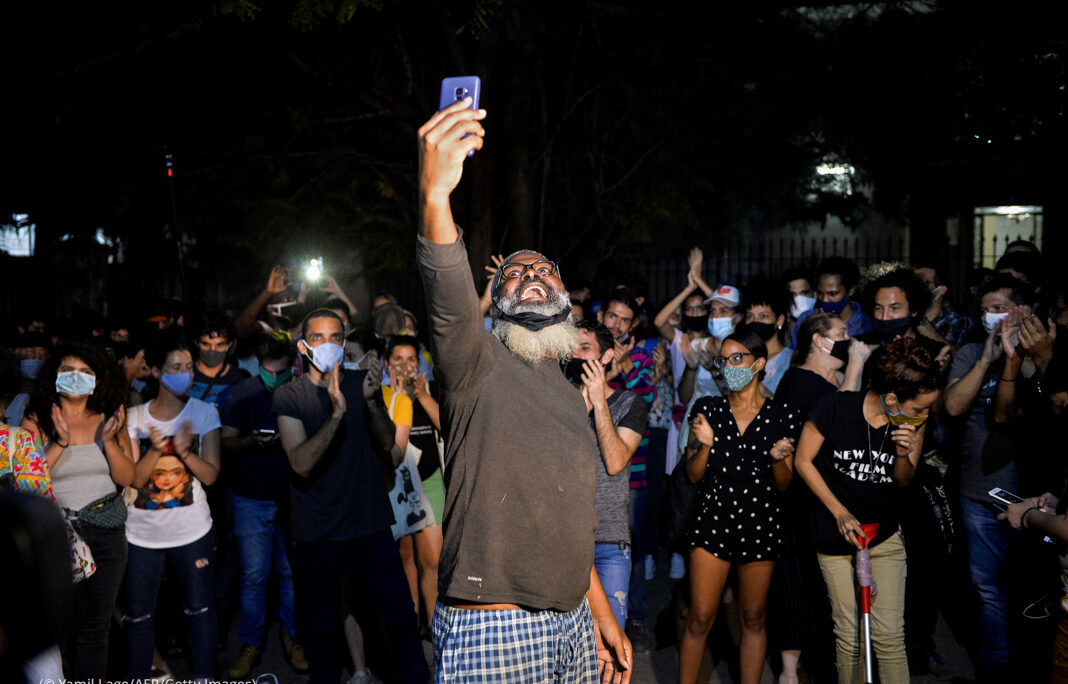 Cuba, Nicaragua and Venezuela strike out against free speech

Free speech for Cubans, Nicaraguans and Venezuelans is under attack by their respective governments.

“Freedom of expression is a human right,” Secretary of State Michael R. Pompeo said on Twitter on November 24. “The United States stands with Cuba’s people.”

In Cuba, the Castro regime arrested musician Denis Solís González on November 9 and sentenced him to eight months in prison three days later, spurring protests in Havana. Solís was an outspoken member of the San Isidro Movement, a group of artists and activists who peacefully protest the Cuban government’s stifling of free expression.

Solís’ crime? Criticizing Cuban police officers who entered his house without permission and posting a video of the incident to social media.
Hundreds of cultural figures, from artists and actors to musicians and curators, mobilized in solidarity with the San Isidro Movement, to contest Solis’ arrest and advocate for free speech. In a rare move, the Cuban government agreed to talk with several of the San Isidro Movement activists, promising open dialogue and greater tolerance.

However, once the talks were concluded and protesters went home, the Cuban government reneged on its promises and within hours launched a whole-of-media attack on the protesters.

According to Reuters, a Cuban government-controlled television channel ran a 90-minute attack against Solís and other artists and activists.

Cuba’s government blocked internet access to hide its repression, arbitrarily arrested protesters, interrogated and threatened supporters, and launched a slanderous media attack against those seeking greater freedom. Artists and civil society groups around the world held demonstrations in solidarity to amplify the voices of Cuba’s oppressed cultural community and decried the crackdown of the Cuban government, which is a poor representative of the United Nations Human Rights Council.

Legitimate gov'ts do not fear dialogue w/ their own people. The Cuban regime fears fulfilling agreements it made last week w/ Cuban artists & cultural figures as that would acknowledge their right to express themselves. Instead it represses & calls them mercenaries. Shameless.-MK

In Nicaragua, a “cybercrimes” law entered into force in October that mandates prison sentences for those who use online platforms to “spread false information or information that could raise alarm among people,” according to the Associated Press. Human rights groups describe the law as an attack on freedoms of speech and the press.

If passed, the amendment would allow authorities to sentence people deemed to have committed “hate crimes” to life sentences in prison.

When Ortega proposed the amendment in September, he made it clear that his opponents and student protesters would be the ones receiving life sentences in prison for their so-called hate crimes.

“They feel untouchable because they were given an amnesty,” he said, referring to the protesters given amnesty in June 2019 alongside security forces accused of violence and extra-judicial killings. “Well, pay attention, they’ve already been given the opportunity for an amnesty, but there won’t be another amnesty.”

Ortega’s police detained over 700 people, mostly students, in 2018 who protested against his regime. The regime continues to hold more than 100 political prisoners.

Because of Ortega’s amendment, Nicaraguans will now face life in prison for voicing such political opinions.

In Venezuela, the illegitimate Maduro regime continues to detain journalists who speak out against the regime.

Venezuelan National Assembly member María Concepción Mulino says there are over 700 documented cases of attacks against journalists and their publications over the past year.

“There is no cost of violence against journalists in Venezuela,” Carlos Correa, the president of the nongovernmental organization Espacio Público, told the media. “If a police officer hits a journalist on the street, no officials question or condemn it. It’s permanent intimidation.”