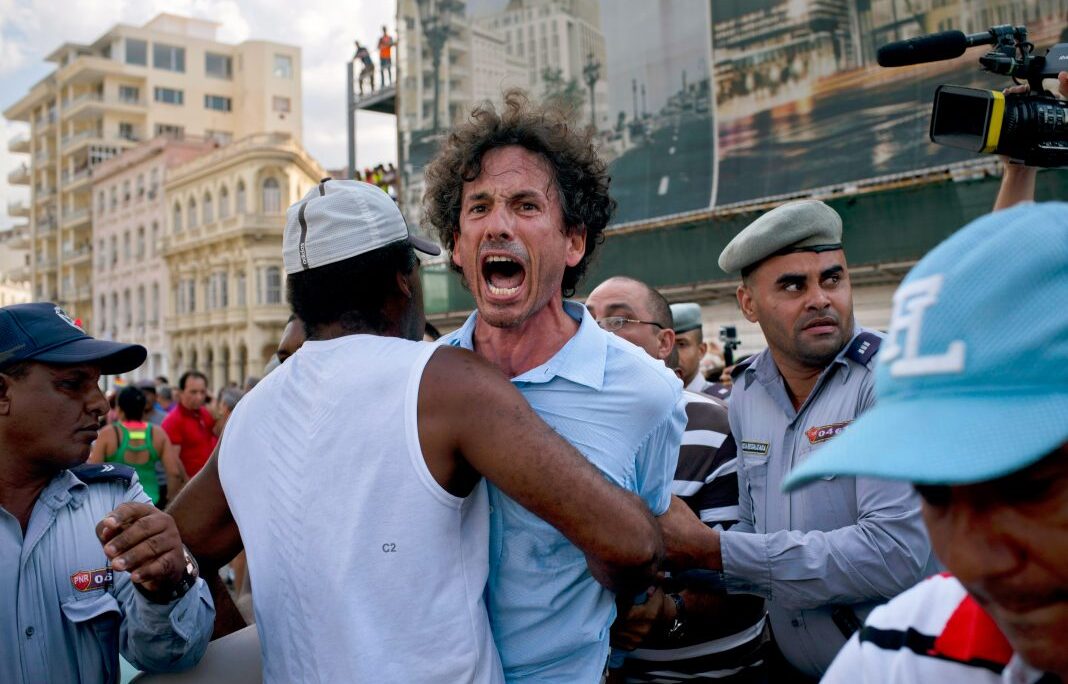 In spite of its dismal record on human rights, Cuba’s government is seeking a seat on the United Nations Human Rights Council for the 2021–2023 term.

“It’s outrageous that the Human Rights Council would offer to seat Cuba, a brutal dictatorship that traffics its own doctors under the guise of humanitarian missions,” Secretary of State Michael R. Pompeo said on August 5.

Fifteen new countries will be elected in October to the 47-member body established in 2006.

UN Watch, a Swiss nongovernmental organization that monitors the United Nations using the organization’s charter as a metric, recommended rejection of Cuba’s candidacy to the council based upon its poor human rights record and its failure to uphold human rights standards.

“Cuba is more responsible than any other country in the world for the political manipulation of the UNHRC, sponsoring resolutions that seek to erode the meaning of individual human rights and to empower dictatorships,” UN Watch said in its analysis.

When the Human Rights Council was reviewing Cuba during its prior candidacy in 2013, Cuba’s government created 454 front groups to publish fraudulent statements praising the regime, according to UN Watch.

In 2020, Cuba, backed by China and North Korea, used procedural rules at the U.N. to prevent a Cuban human rights activist from speaking before the body.

UN Watch also notes Cuba does not hold free or fair elections, conducts arbitrary arrests and threatens individuals involved in political activities. No political party other than the Communist Party of Cuba is permitted.

The nongovernmental organization Cuban Prisoners Defenders maintains a database of over 100 political prisoners and prisoners of conscience currently being held in Cuba.

Racial, social, and religious groups are also victims of government repression. The Institute on Race, Equality, and Human Rights reports that in Cuba, “Afro-descendant human rights defenders suffer the same repression that is visited upon those who oppose the island’s regime,” while the government officially denies the existence of racial discrimination.

Participants in a 2019 LGBT Pride march were arrested and the event deemed a “provocation” by Cuban authorities, according to The New York Times.

Cuba ranks 171 out of 179 countries in Reporters Without Borders’ World Press Freedom Index. The Committee to Protect Journalists, Amnesty International and other groups have urged the Cuban government to release journalist Roberto Quiñones from prison. Quiñones has been imprisoned since 2019 because he reported on the Cuban government’s violations of religious freedoms.

Cuba: we call for the immediate and unconditional release of poet, lawyer and independent journalist Roberto de Jesús Quiñones Haces. The journalist has been detained since September 2019.https://t.co/1H2037NLt2

Adopted in 2019, Decree-Law 370 threatens fines and imprisonment for any Cubans expressing themselves over the internet in a manner that the Castro regime finds objectionable. Press freedom group Reporters Without Borders considers that this decree “annihilates freedom of expression on the internet.”

According to a Freedom House report, which rates Cuba as “not free,” Cuba banned its citizens in 2019 from hosting web content on foreign servers, leaving independent media in jeopardy.

“No country,” said Pompeo, “should vote Cuba onto the Council.”