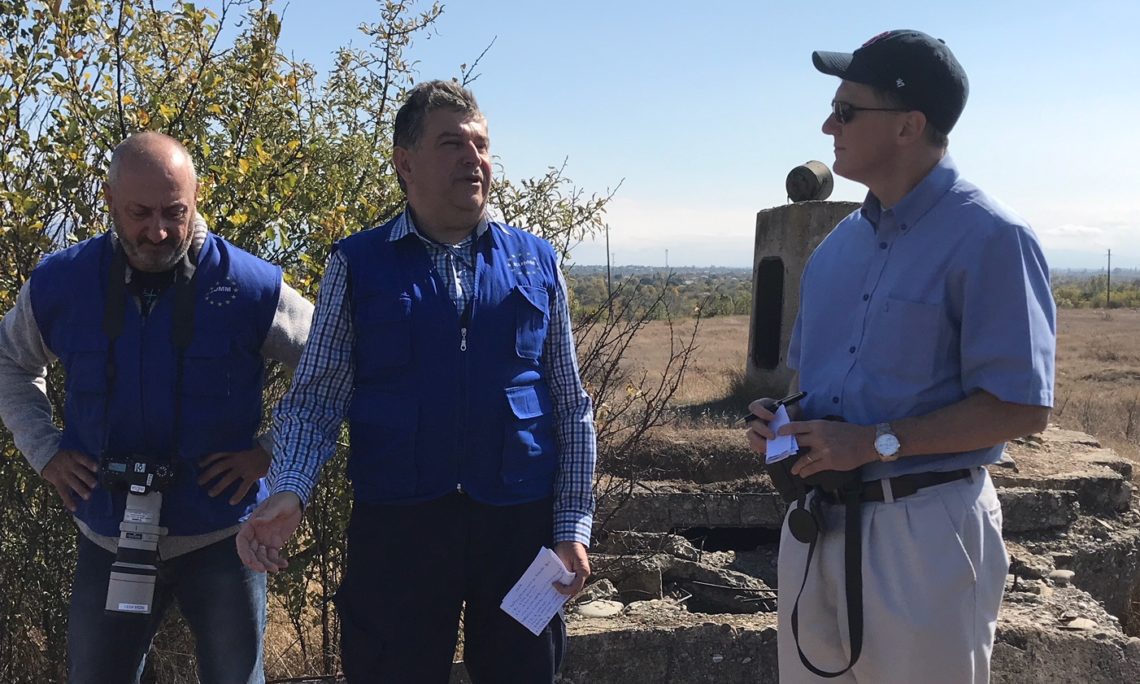 Ten years have passed since Russia occupied Georgian territory.  I have come here today to remind the people of Georgia that the United States is with them, and to remind them that the world has not forgotten what happened here.  The international community does not recognize this boundary line as an international border, and we will never accept any attempt to redraw the borders of Georgia’s territory in violation of its sovereignty. Georgian citizens continue to live and work in the shadow of occupation.  These regions are part of Georgia.  We are outraged by the ongoing detentions, mistreatment and deaths of Georgian citizens, and we offer our most profound condolences to their families.  We stand beside our friends in Georgia and we renew the call upon the Russian Government to honor the terms of the 2008 ceasefire agreement by ceasing the recognition of these entities as countries and by withdrawing Russian troops to their pre-war positions.  We also call upon the Russian Government to allow the safe passage of desperately needed humanitarian aid to the people here.  The United States remains faithfully and deeply committed to Georgia’s sovereignty and territorial integrity, and to our strategic partnership with the Government of Georgia.