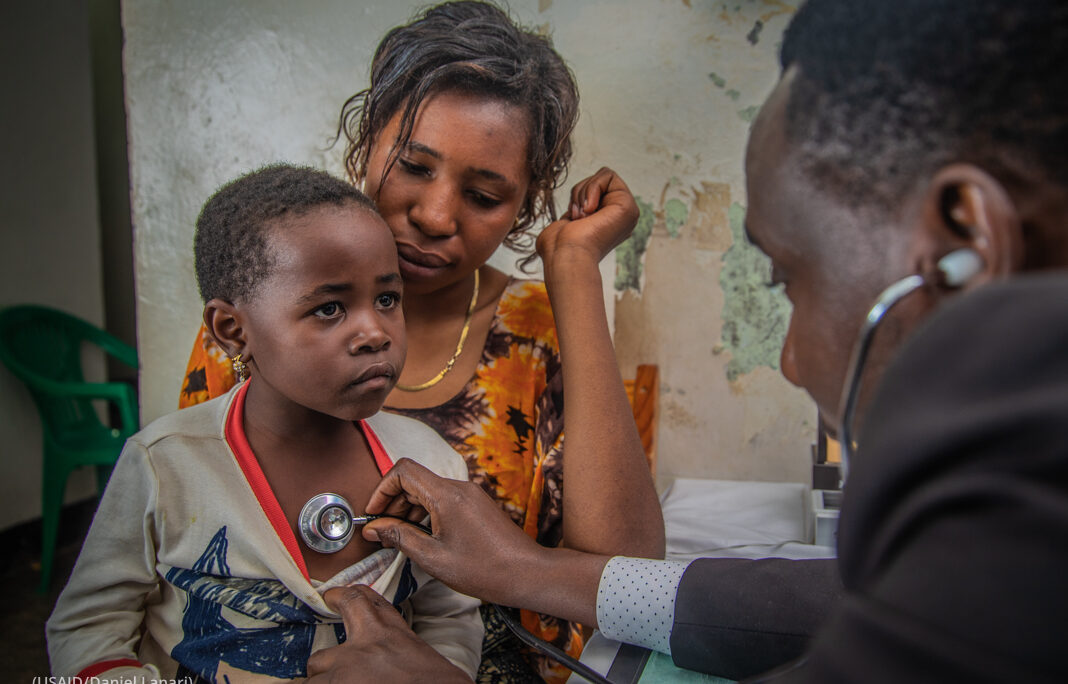 A doctor gives a check-up to a child at a clinic in Accra, Ghana. Through its partners and the Ministry of Health, USAID is supporting clinics like this one to improve survival rates of mothers and children. (USAID/Daniel Lanari)

After a 7.0 earthquake hit Haiti in 2010, the U.S. government gave the country $1 billion in aid, with the U.S. Department of Defense sending the most money, according to the Foreign Aid Explorer database.

The U.S. Agency for International Development’s database can tell you which U.S. government agency spent the most on foreign aid in a given fiscal year, and so much more.

The database was developed after passage of the Foreign Assistance Act of 1961. It offers comprehensive details of U.S. foreign assistance from 1945 to the recent past, according to USAID.

By law, USAID reports to Congress what the U.S. government funds for foreign assistance — by country. The same information is transparently supplied to the database, which is updated quarterly and annually. Any interested user can use the Foreign Aid Explorer to search by country or U.S. agency.

In fiscal year 2018, for instance, America spent $46 billion on foreign aid, which was spread out among 208 countries. USAID was the top spender among U.S. agencies, disbursing more than $20 billion. Its top spending category was health and population, which received $6.9 billion. More than half of that went toward HIV/AIDS prevention. At $11.8 billion, sub-Saharan Africa was the region that received the most assistance that fiscal year.

“It’s important to not only provide the data, but a cost-effective means of sharing the data,” a USAID official said, adding that the database helps taxpayers easily see their foreign assistance dollars at work.

The database is designed to share who implemented what program. It ensures America keeps its commitments to help other countries become more self-reliant. And it helps recipient countries chart their own development efforts.

A previous version of this article was published on September 10, 2020.