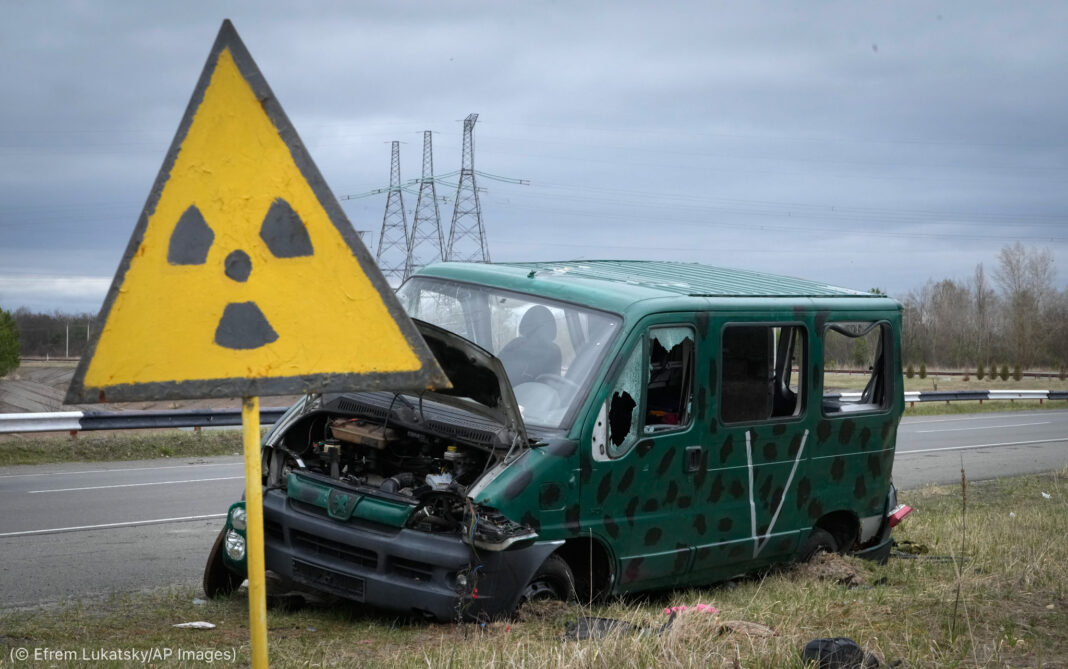 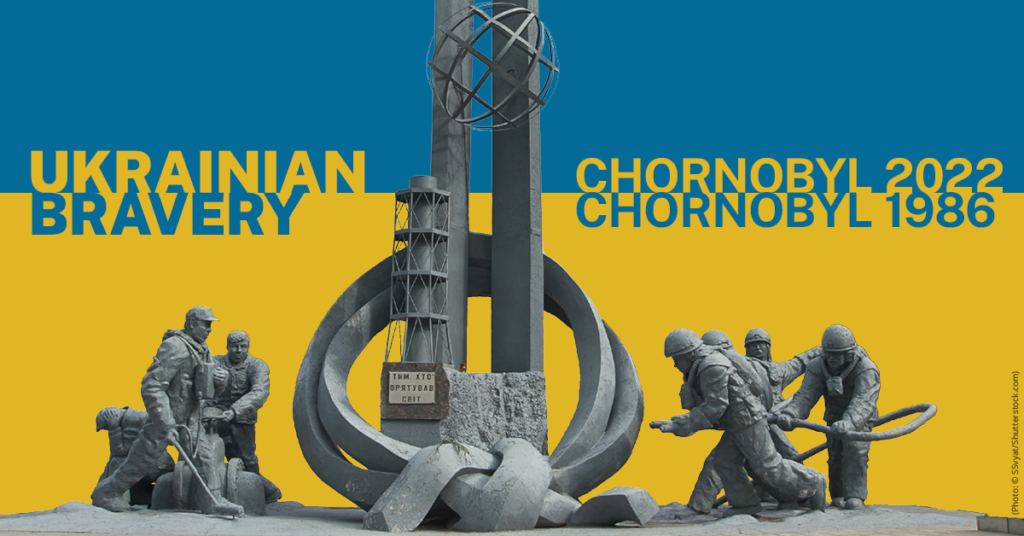 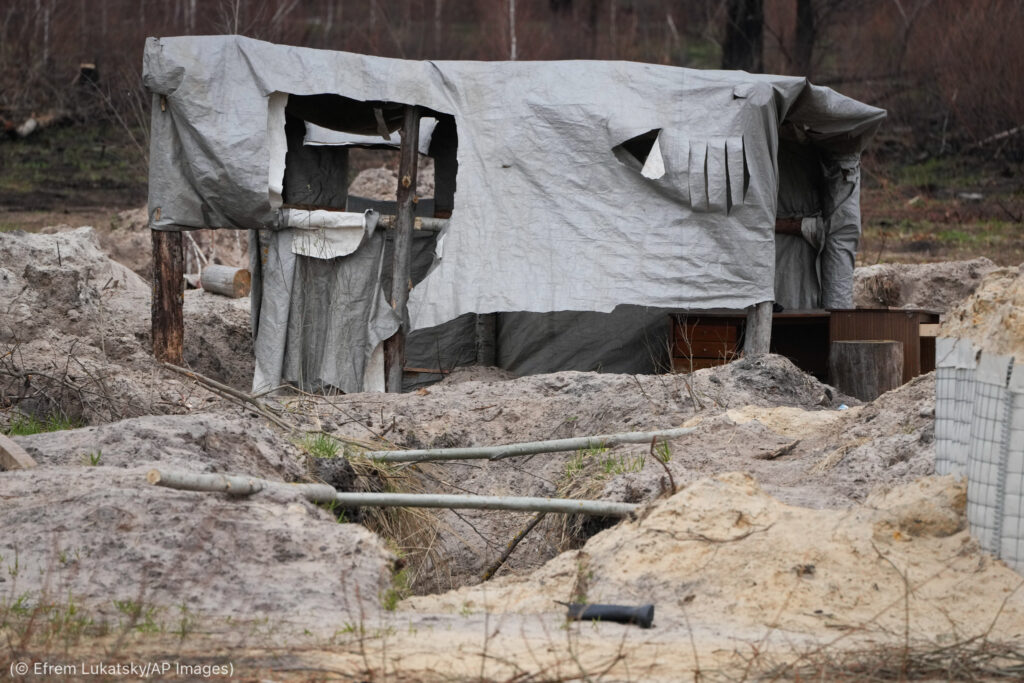 A radiation sign is seen near a broken Russian vehicle with a V letter, a sign of the Russian army, close to the Chernobyl nuclear power plant in Chernobyl, Ukraine, Saturday, April 16, 2022. (AP Photo/Efrem Lukatsky)

An explosion at the Chornobyl nuclear power plant April 26, 1986, killed 30 people within weeks and exposed millions to radiation. Yet the actions of brave Ukrainians in the days after the world’s worst nuclear disaster prevented even greater consequences.

Thirty-six years later — as the United Nations marks International Chornobyl Disaster Remembrance Day on April 26 — Ukrainians are being honored for protecting the site and surrounding populations during Russian President Vladimir Putin’s war against Ukraine. (At the time of the 1986 accident, the city was spelled Chernobyl, the Romanization of the Russian spelling.)

Ukrainian engineers worked to keep the facility safe during the more than weeklong siege. Radiation Safety Supervisor Oleksandr Lobada told the BBC he stole diesel fuel from Russia’s troops to continue maintaining the facility during a three-day power outage.

“Radioactive material could have been released,” Lobada said. “The scale of it, you can well imagine. I wasn’t scared for my life. I was scared about what would happen if I wasn’t there monitoring the plant.”

Putin’s army left Chornobyl April 1, but not before Russia’s troops dug trenches in radioactive soil around the facility, likely exposing themselves to contamination, experts say.

In 1986, when the accident occurred, it spread a radioactive cloud over large parts of the Soviet Union — territory that now includes Belarus, Ukraine and Russia — as well as Central and Eastern Europe. Nearly 8.4 million people in the three countries were exposed to significant levels of radiation, the U.N. says.

The Soviet government acknowledged the need for international assistance only in 1990 and hid many details from the public.

In 2018, former Ukrainian President Petro Poroshenko awarded three men known as “the suicide squad” the Order For Courage for their bravery. They were engineers Alexei Ananenko and Valeri Bezpalov and shift supervisor Boris Baranov, who waded into dark contaminated water, found a release valve, drained a pool of water and averted another explosion.

Putin’s war has caused one of those men, 62-year-old Ananenko, and his wife to flee their home in Kyiv in early March, according to the Daily Mail. “I have never been so offended by Russia, but now I realise that I cannot forgive this genocide of the Ukrainian people, this destruction of us as a people,” Ananenko’s wife Valentina said.

Attacks on Ukraine’s nuclear facilities have not been limited to Chornobyl. On March 3, Putin’s army targeted the Zaporizhzhia Nuclear Power Plant, firing on the facility and turning away local Ukrainian firefighters responding to a blaze at the site, according to reporting based on facility security video.

Shelling hit near an area housing spent nuclear fuel and damaged another facility at the site, according to the State Nuclear Regulatory Directorate of Ukraine. Ukrainian staff who were working when the Kremlin attacked remained at their posts for more than 24 hours, with some requiring medical treatment for stress.

Edwin Lyman, of the Union of Concerned Scientists, told NPR that Russia’s attack on the Zaporizhzhia facility risked triggering a meltdown similar to the 2011 disaster at Japan’s Fukushima Daiichi Nuclear Power Plant.

“It’s completely insane to subject a nuclear plant to this kind of an assault,” Lyman said.