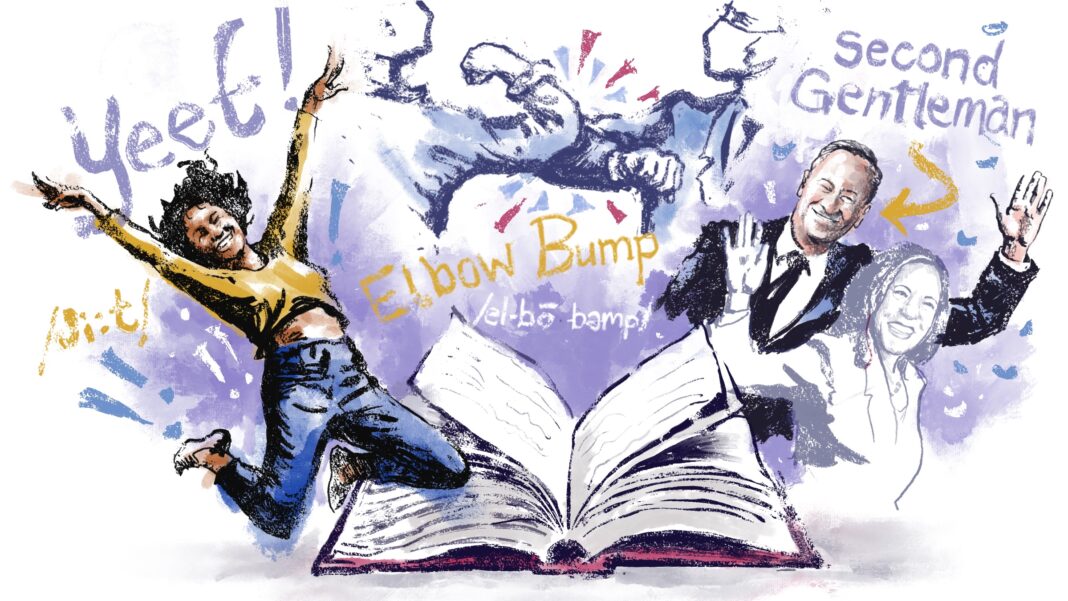 Recent entries have been driven by the pandemic and by a growing appreciation of diversity in the U.S. population.

The Merriam-Webster Dictionary and the website Dictionary.com (which is based on the Random House Webster’s Unabridged Dictionary) have added hundreds of words and phrases so far this year.

In recognition of the “new normal” during the pandemic, Merriam-Webster has ushered in “pod” and “bubble,” jointly defined as “a usually small group of people (such as family members, friends, coworkers or classmates) who regularly interact closely with one another but with few or no others in order to minimize exposure and reduce the transmission of infection during an outbreak of a contagious disease.”

For its part, Dictionary.com added “elbow bump,” the name for a new, sanitized social ritual that replaces a potentially germ-laden handshake.

News junkies will recognize the term “second gentleman,” which Merriam-Webster added due to an increase in news coverage of Vice President Harris’ husband, Douglas Emhoff, the first man to hold the honorary position. (The definition is “the husband or male partner of a vice president or of a second in command of a country or jurisdiction.”)

At Dictionary.com, lexicographer Heather Bonikowski and managing editor John Kelly cite a “growing awareness of inequality, inequity, and their deeper causes” that spurred many businesses to launch initiatives promoting fairness in the workplace. As a result, the acronyms DEI (diversity, equity and inclusion) and JEDI (justice, equity, diversity and inclusion) have found their way into that reference source.

As a barometer of the English language’s creativity and dynamism, nothing beats slang. “We can thank Black social media for the fun — and multifunctional — smash slang hit of ‘yeet,’ variously used as a joyful interjection or verb for forms of quick, forceful motions,” Bonikowski and Kelly write in a blog post.

“Finna” made the cut, too. Defined as “a phonetic spelling representing the African American Vernacular English variant of fixing to, a phrase commonly used in Southern U.S. dialects to mark the immediate future while indicating preparation or planning already in progress,” the word’s meaning comes through in sentences like “Oh, no, she finna break his heart!”

And the pronoun “y’all” (a variant of “you-all,” long associated with Southern American English and Black English) has grown popular with young people. Bonikowski and Kelly  note that “y’all” now conveys an informal tone more than regional identity. The word, they explain, is popular among former “you guys” users — people who appreciate the lack of gender associations with “y’all.”