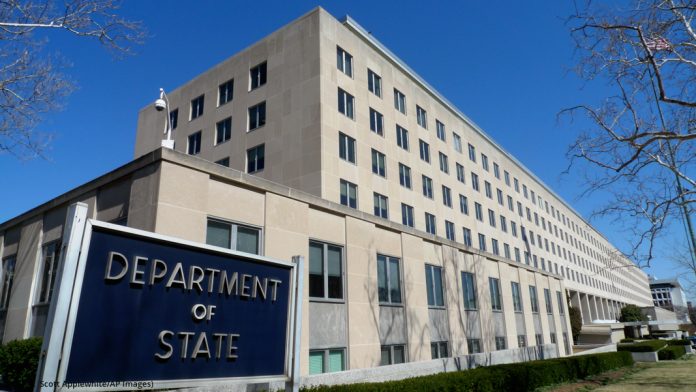 The U.S. Department of State encourages Americans from all backgrounds to apply to be diplomats in order to represent the country's diversity. (© J. Scott Applewhite/AP Images)

In the United States, anyone — regardless of race, gender, religion, sexual orientation or socioeconomic background — can become a diplomat and represent America abroad as a member of the U.S. Foreign Service.

One of the many ways the State Department cultivates an environment of diversity is through the Thomas R. Pickering Fellowship Program and the Charles B. Rangel International Affairs Program. These programs help to ensure that American diplomats reflect the full diversity of Americans, who are united in identity and attachment to core U.S. values of freedom, democracy and opportunity.

“This is one of our treasured aspects of our country is the fact that we have diversity: People who were not born in this country, people of different backgrounds can be representatives of the United States,” said Julie Chung, the principal deputy assistant secretary for the State Department’s Bureau of Western Hemisphere Affairs.

Chung was part of the first class of Pickering Fellows. She graduated from Columbia University with a master’s degree in international affairs and joined the U.S. Foreign Service in 1996.

“I never even considered that somebody like me could even be a part of [the Foreign Service], as an immigrant, as a woman, as an Asian American,” Chung said. “For me, I equate the Pickering program to a window. There was no guarantee, there was no paved path — it was just a window for me to peer in and go through to have an opportunity.”

Vanessa Colon and Christina Hardaway, both foreign service officers who started as Rangel Fellows in 2009, credit the program with creating a broad network of colleagues around the world who represent America’s finest diplomatic talents. Alumni of the Rangel program currently represent the United States in 60 countries abroad.

“I feel that I learn so much just from my colleagues — people in my cohort, and those who are younger and older,” said Colon.

After earning graduate degrees and completing internships in Washington and overseas at U.S. embassies, Pickering and Rangel fellows go on to serve a minimum of five years in the U.S. Foreign Service, with many continuing careers in diplomacy for much longer.

The Pickering and Rangel Fellowships aim to recruit as many individuals from diverse backgrounds as possible. The Department’s 16 regional Diplomats-in-Residence are positioned around the United States to assist with diplomatic recruitment.

These diplomats visit colleges and universities where they lead courses and workshops on U.S. diplomacy and inform students about State Department internships, fellowships and career opportunities.

Colon and Hardaway agree that the strength of America’s diplomatic corps depends on the diversity of its cohorts.

“It makes for better foreign policy,” said Hardaway. “When you have diverse experiences and diverse backgrounds, you are innovative and creative when you’re thinking about policy from different aspects.”