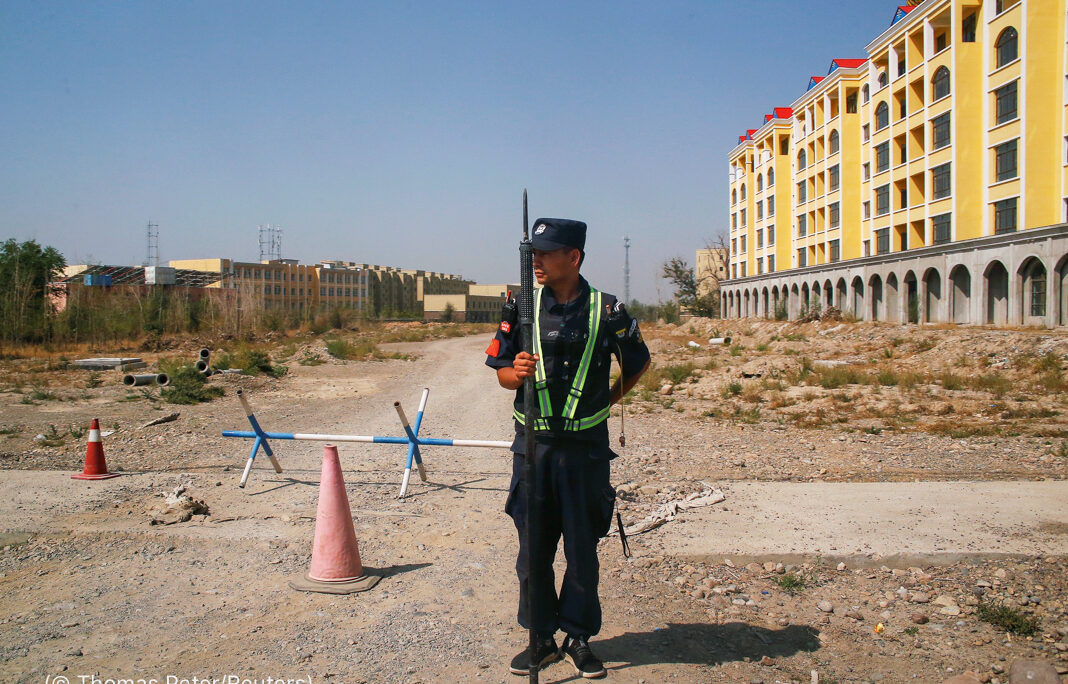 The Chinese Communist Party (CCP) is using big data and surveillance to target Uyghurs for detention based on behaviors that are allowed under the laws of the People’s Republic of China, such as studying the Quran or calling family abroad.

The report, “China: Big Data Program Targets Xinjiang’s Muslims,” is based on HRW’s analysis of a leaked list of more than 2,000 detainees from Aksu Prefecture, and found that the vast majority of detainees on the list were flagged for nonviolent behavior.

“The Chinese government should immediately shut down the IJOP, delete all the data it has collected, and release everyone arbitrarily detained in Xinjiang,” Wang adds.

Since 2017, the CCP has interned more than 1 million Uyghurs and members of other predominantly Muslim ethnic minority groups in camps in Xinjiang where they are forced to renounce their religious and ethnic identities and swear allegiance to the CCP.

The Aksu List identifies more than 2,000 detainees and provides the CCP’s reasons for their detention. Reasons given include legal activities, ranging from traveling within Xinjiang or speaking with a relative abroad, to simply being born after 1980.

After the IJOP identifies someone for possible detention, HRW says, police or other administrative officials make detention decisions without involving prosecutors or the court — a violation of China’s constitution. Aksu Prefecture’s population is 80 percent Uyghur and all the detainees on the list are Uyghurs.

The United States in July sanctioned CCP officials and entities in connection with serious human rights abuses in Xinjiang, and it has restricted exports of certain technologies to companies that have contributed to mass surveillance programs linked to human rights abuses.

“The world cannot stand idly by as the PRC government perpetrates horrific and systematic abuses against people in China, including violating the internationally recognized right to freedom of thought, conscience, and religion or belief,” Secretary of State Michael R. Pompeo said December 10.