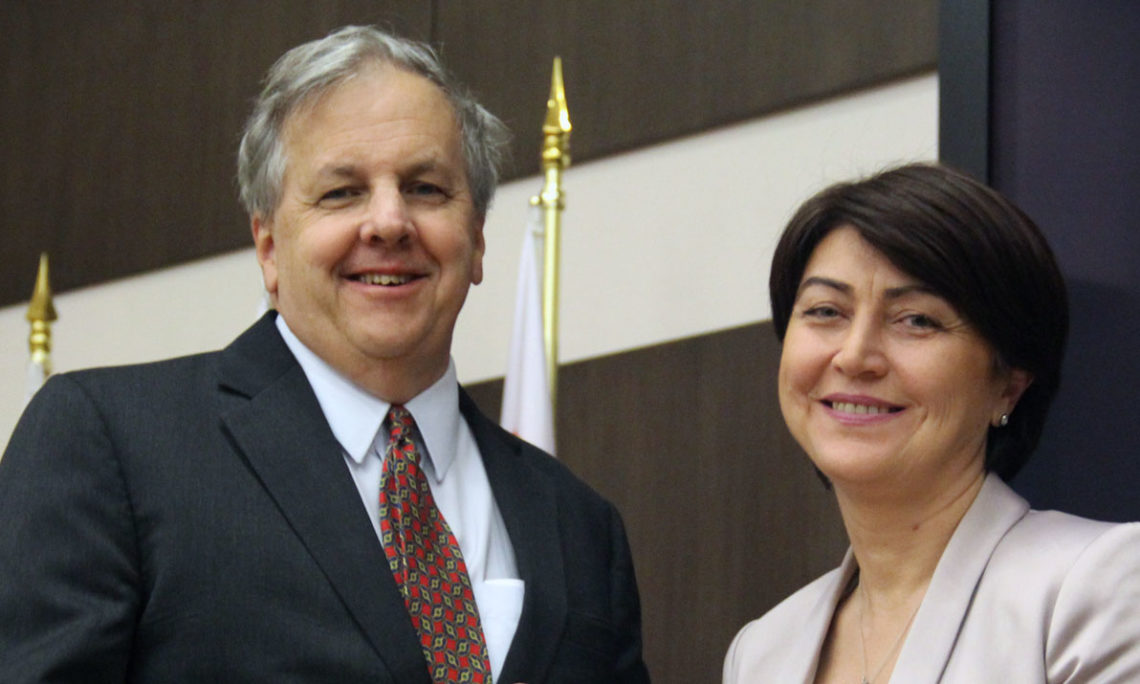 Today’s ceremony was the culmination of a six-year partnership between the United States and Georgia with General Dynamics Information Team as the implementor.  The goal was to create  really a world class full education for Georgian leaders modeled after the United States’ own approach to military education through our U.S. Military Academy at West Point.  This is really an important day for the U.S. and for Georgia to celebrate the culmination of six years of partnership, and we can see around us what accomplishments this  partnership has attained.