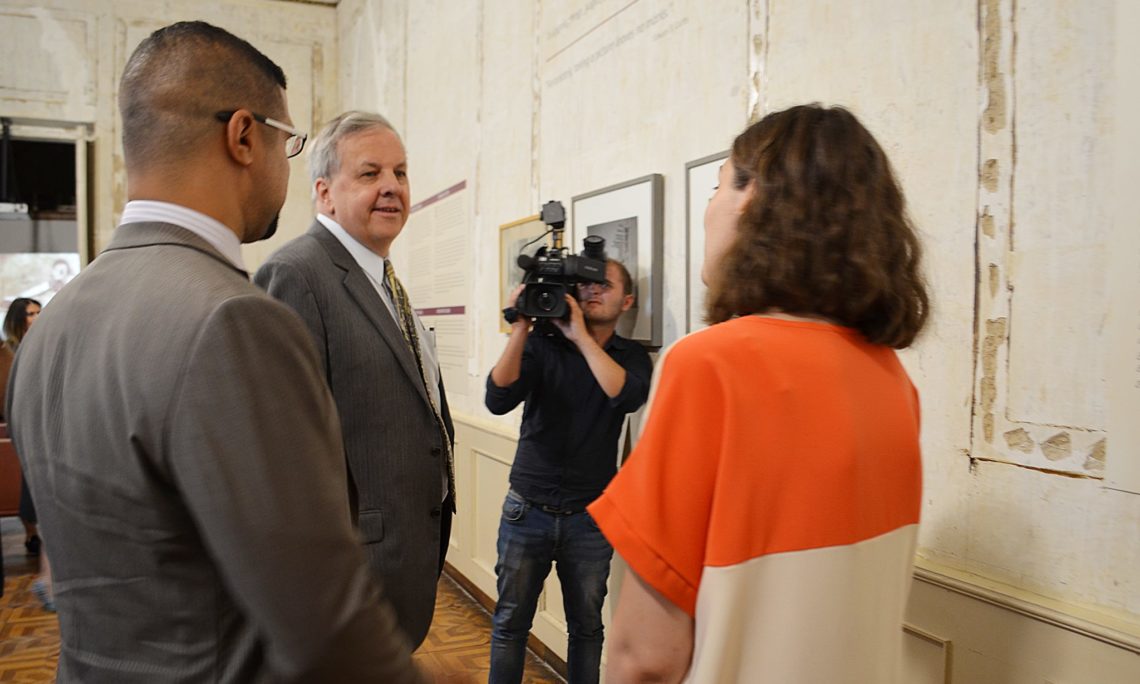 Ambassador Kelly: This is a particular pleasure for me to open this exhibit because, as I noted in my public remarks, I was involved in the discussion stage of this.  We invited Georgian museum curators to come to our house and the result was this program to go to the United States and the curators were able to see how we did business and, really, it is a business running a museum.   And, of course, as I said they were able to choose the photographs.

Q-n if the exhibit will travel outside Tbilisi

Ambassador Kelly: I have gone three times to Svaneti .  I think Svaneti is a tremendous treasure of the Georgian people and of the Georgian culture.  And, there is a fantastic museum in Mestia.  So, our plan is to take [this exhibit] to Svaneti as well.