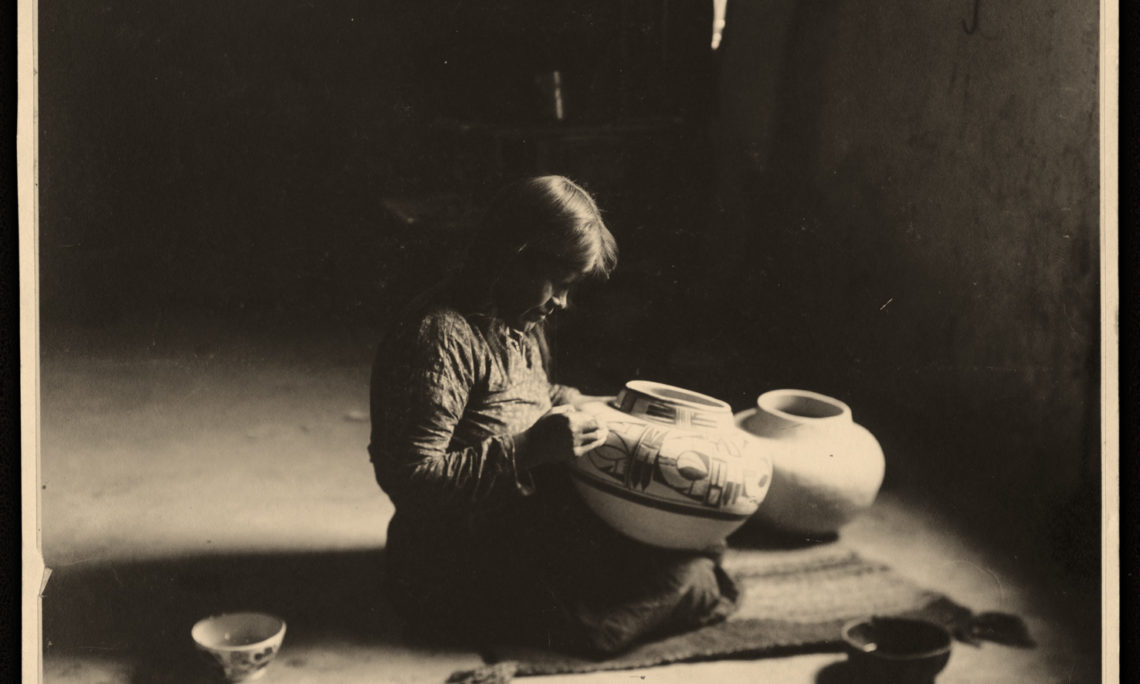 TBILISI, GEORGIA —The U.S. Embassy Tbilisi is pleased to announce the opening of a new exhibition of works by noted 20th century photographer and ethnographer, Edward Curtis. Curtis mounted expeditions for over 30 years and documented the cultures and peoples of over 80 Native American nations through written interviews, sound recordings, and over 40,000 photographs. His work is considered to be among the most accurate, extensive, and beautiful records of the variety and scope of Native American culture. The exhibition was drawn from the Edward Curtis Collection at the Library of Congress in Washington, D.C.

“This exhibit is the culmination of many months of trainings and exchange programs sponsored by the U.S. Embassy,” said Ambassador Ian C. Kelly, “but most important, the curation, exhibition design, promotion, and outreach were all done by Georgians and demonstrate a strong spirit of cooperation, innovation, and entrepreneurship in the cultural sector.”

The exhibition opens on September 20 at the Silk Museum, September 21 at the Art Palace, and September 22 at the Tbilisi History Museum (Karvasla). From November 2017 – February 2018, select photographs will be exhibited at the Georgian National Museum in Svaneti. Youth and educational activities will be conducted throughout the country in cooperation with the exhibition staff and the U.S. Embassy American Corners and Bookmobile.

This exhibit was made possible by the experts at the Library of Congress, Open World Leadership Center, and facilitated by Georgian American University. Corporate sponsors include the Rooms Hotels and Elit Electronics.

“It is our honor to be partners with the Open World Leadership Center and the U.S. Embassy Tbilisi in presenting the wonderful work of Edward Curtis,” said Librarian of Congress Carla D. Hayden. “This exhibition spotlights the collection and the global impact of the Library’s expert staff.”

The exhibition was created by Georgian curators from the Georgian National Museum, the State Silk Museum, and the Georgian State Museum of Theatre, Music, Cinema and Choreography (Art Palace). Prior to the opening of this exhibit, Georgian curators participated in an Embassy sponsored visit to Washington, D.C. and Baltimore, MD in cooperation with the Open World Leadership Center from May 31-June 11, 2017. Open World is a legislative branch agency that specializes in professional exchange programs for rising civic leaders in Eurasia.

“Open World’s partnership with its talented alumni, Library of Congress experts, and our friends at the U.S. Embassy Tbilisi have resulted in a stunning exhibit of Edward S. Curtis photographs that’s accessible in several locations in Georgia” said Ambassador John O’Keefe, Executive Director of Open World Leadership Center.  “Many thanks to Ambassador Kelly and U.S. Embassy Tbilisi for supporting our Open World alumni in Georgia to make this into a reality.”

While in Washington, D.C., the Library of Congress opened its doors to the Georgian delegation of curators who met with exhibition and collection specialists that provided guidelines for developing exhibitions. The delegation also visited the Prints and Photographs Division of the Library of Congress and selected 43 of Edward Curtis’ images to coincide with three primary themes; motherland, tradition and spirituality. Additionally, the exhibit designers participated in Embassy-sponsored consultations and workshops with museum designer Patrick Gallagher. The museum development project was a six-month program that provided training for the delegation and also 35 curators and staff from throughout Georgia to promote sustainable business models for state museums.

For more information about the Edward Curtis collection at the Library of Congress, please visit:  http://www.loc.gov/pictures/collection/ecur/