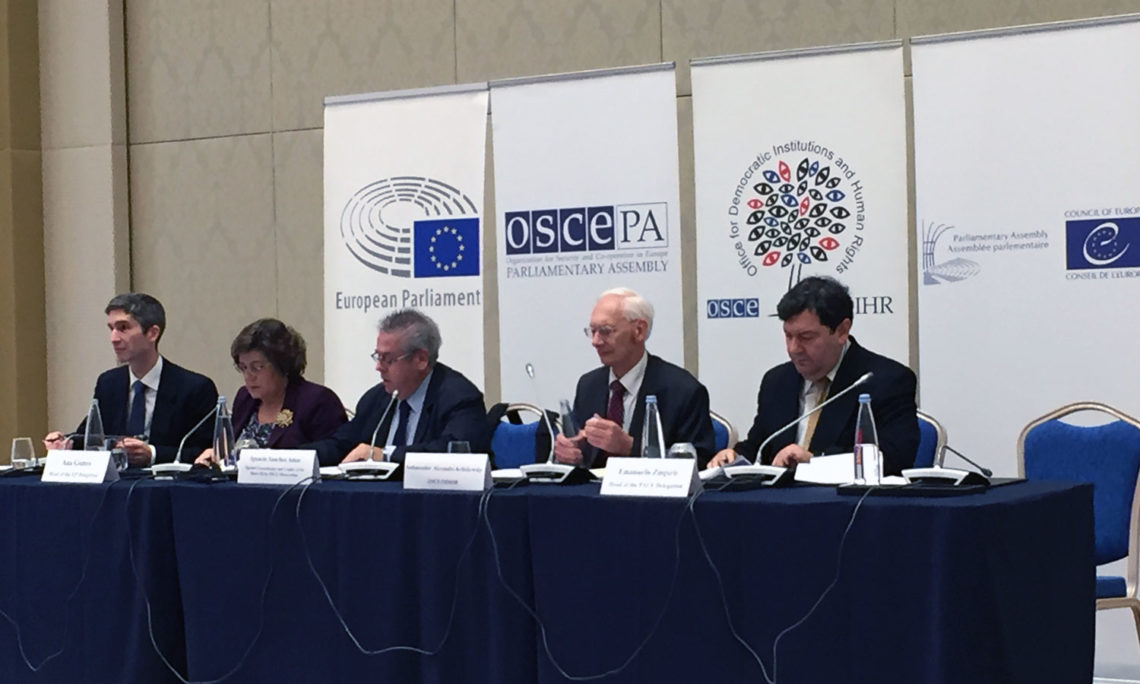 Ambassador Kelly: First of all I, would like to congratulate the Georgian people for successfully completing the two rounds of elections. We fully subscribe to what the international observers said about the elections that they were well administered were competitive and, in general terms, reflected the will of the people. I think, once again, this showed that Georgia is a leader in terms of democratic development ensuring that elections are competitive, that there are a number of points of view and Georgian voters have a chance to exercise their right of freedom of choice.  As the observation missions mentioned, we do have some concerns; and we have been open about these concerns of incidents of violence and intimidation.  We hope that these incidents will be investigated and adjudicated in a fair and balanced way.  And going forward we would encourage the Georgian Parliament to operate in a consensus manner.  There was a significant portion of the Georgian electorate that voted for the opposition; and I think it is really important that all parties work together for the common goals and, of course, common goals are developing democracy here, creating jobs and integrating with the Euro-Atlantic community. The United States looks forward to working with all elements of the Georgian society and Georgian political system to attain these goals.

Q-n about importance of media pluralism

Ambassador Kelly: I am very much on the record that media pluralism is absolutely critical to a truly democratic society.  And, as an American, I feel this deep in my bones that there has to be many different voices in the media.  I think Thomas Jefferson said it best that he would rather have newspapers without government than government without newspapers.  So, media is just as important as the other institutions of democracy.  So, I hope that Georgia will continue to be a leader in this regard as well and ensure access to the media of all the voices in Georgian society.