Key DTRA programs in Georgia include the following:

DTRA partners with a variety of Georgian Ministries and agencies to achieve these objectives.  Key intergovernmental collaborators working toward public and animal health goals include The Ministry of Internally Displaced Persons from the Occupied Territories, Labour, Health and Social Affairs of Georgia, National Center for Disease Control and Public Health; and the Ministry of Environmental Protection and Agriculture’s Laboratories and the National Food Agency. Other key collaborators working with DTRA toward proliferation prevention and CBRN Consequence Management goals include the Ministry of Internal Affairs’ Coast Guard and Border Police, the State Security Service of Georgia, and the Ministry of Defense.

The DTRA Eurasia office at U.S. Embassy Tbilisi is regional and is responsible for coordinating the activities of DTRA forward offices in Georgia, Armenia, Azerbaijan, Kazakhstan, Moldova, Ukraine, and Uzbekistan. More information about DTRA’s mission can be found at http://www.dtra.mil/. 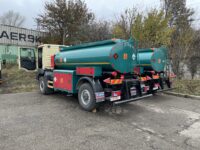 Today at Juta, Ambassador Kelly Degnan helped open the twelfth Georgian border sector station funded by the U.S. government through the U.S. Defense Threat Reduction Agency (DTRA). On land and sea, the Georgian Border Police provide the Georgian people safety and security. When our partners are safer, so are the American people. This border station is one of many construction projects the U.S. government supports that are opening along Georgia’s borders this year. Up next: border stations at Truso and Chirukhi. Congratulations to all those involved in this project and thank you, to the Georgian Border Police, for all you do to keep Georgia safe! 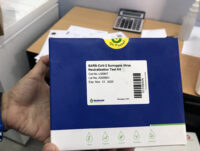 U.S. Embassy Tbilisi’s Defense Threat Reduction Agency (DTRA) is supporting Georgian national research studies at the National Center for Disease Control/Lugar Center on SARS-CoV-2 and COVID-19.  DTRA donated three surrogate virus neutralization test kits, manufactured in New Jersey, which offer a novel technology for determining neutralization antibody levels to the SARS-CoV-2 virus. This offers key insights for persons with COVID-19 and in studies of immune protection and vaccination. The kits offer rapid testing that can be completed in research, clinical and hospital settings. These kits can contribute to the protection and treatment of the global pandemic, and they are key capabilities for research teams. Proposed studies with these kits will enable Georgian researchers to study the virus and COVID-19 patient responses to enhance national responses to the disease and guide future studies on immune protection and vaccination. 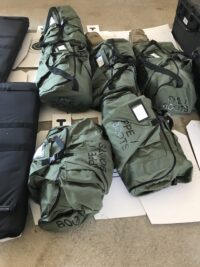 U.S. Government continues to support the State Security Service of Georgia responsible for keeping the country safe from Weapons of Mass Destruction (WMD). This week our Defense Threat Reduction Agency donated highly technical equipment to help Georgia with WMD detection and identification, as well as necessary tools for their maintenance.

Specifically, this equipment will be used for countering improvised weapons of mass destruction and for chemical, biological, radiological, and nuclear (CBRN) response.

The equipment requires special knowledge for its effective usage, which is why DTRA will also be providing necessary training for their Georgian counterparts.

U.S. Embassy donates Test Kits and Personal Protection Equipment to the Ministry of Health of Georgia - May 15, 2020

Today Ambassador Degnan joined Minister Tikaradze in welcoming the arrival of high caliber testing equipment and materials to conduct 4,000 gold-standard RT-PCR tests, as well as almost $20,000 in personal protective equipment, donated by the U.S. to the Ministry of Health. This donation of these testing kits, procured from the U.S. company Thermo Fisher, will significantly improve Georgia’s ability to increase COVID-19 testing and help to control the spread of the virus.

Along with highly skilled medical professionals, Georgia also has chemical, biological, radiological and nuclear (CBRN) defense teams that have been trained and fully equipped through the U.S. Defense Threat Reduction Agency (DTRA) assistance programs. These same teams are currently using that training to provide critical services to the response efforts in Marneuli. We are proud of long-standing close cooperation between DTRA and Georgian CBRN teams, whose work is immensely important and whose need is now more apparent than ever.

At the meeting Minister pointed out close and productive cooperation with the United States in the field of border management owning to which a number of successful projects have been implemented with the assistance of the US Defense Threat Reduction Agency (DTRA). According to Giorgi Mgebrishvili the mentioned projects have greatly enhanced MIA capacities, including the fight with the trans-border crime.

Minister discussed the importance of the project which aimed at the capacity building of the land border and made a special emphasis on the video surveillance command center located on Georgian-Armenian Border sector “Sadakhlo”, opened in the last year with the support of the US Defense Threat Reduction Agency (DTRA). The center aims to strengthen border security and improve control that will contribute to the detection and prevention of the cases of the cross-border crime and illegal migration. As it was stated by Giorgi Mgebrishvili, this is the first time that this type of monitoring system has been introduced at the Georgian state border.

Minister also outlined projects implemented in the field of coast guard development, which have also been implemented with the support of DTRA and expressed hope that cooperation in the maritime security sphere will continue in the future.

“I would like to point out that projects implemented with your support, helps Georgia to improve security of the borders, thereby we make our own contribution in the regional security and in maintaining stability; at the same time your support plays a major role in Euro-Atlantic integration process”-stated Minister Mgebrishvili.

Rear Admiral Scott Jerabek expressed his gratitude towards the Ministry of Internal Affairs for being a reliable partner and successfully implemented joint projects. “I don’t think our partnership could get any better. It’s one of the best partnerships, I’ve seen in a long time and I look forward to working with them in the future,”-stated Scott Jerabek.

At the meeting Minister of Internal Affairs and Deputy Head of the US Defense Threat Reduction Agency discussed ongoing and scheduled projects which are planned to be implemented in Georgia with the support of DTRA.

The parties also discussed the directions and plans of further partnership relations. In the end the US delegation had a tour of the Lugar Center.

On November 14, Ambassador Kelly greeted the newest fellows for the Defense Threat Reduction Agency-sponsored Georgia Biosciences Fellowship Program.  Natia Kartskhia, from the National Food Agency; Ana Kapanadze, from the Laboratory of the Ministry of Agriculture; and Giorgi Chakhunashvili, from the National Center for Disease Control were selected to participate in this competitive program.  These three highly qualified individuals will spend several months in the U.S. learning alongside top scientists and researchers, and upon their return they will help their respective agencies continue to develop their capacity in infectious disease prevention, diagnostics, research and surveillance in Georgia

The Veterinary Laboratory Support Station in Marnuelli, Georgia, was recently upgraded to Biosafety Level-2 through the U.S. Government’s Cooperative Biological Engagement Program (CBEP).  For more than fifteen years, CBEP has been an integral part of the Nunn-Lugar Cooperative Threat Reduction (CTR) Program. 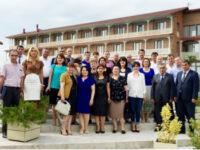 The recurring disease surveillance cross-border meeting between Georgian and Azerbaijani human and veterinary officials, concluded on 24 June. Funded by the Defense Threat Reduction Agency, participants from Georgia’s National Center for Disease Control, Laboratory of the Ministry of Agriculture, and the National Food Agency met with their Azerbaijani Ministry of Health and State Veterinary Control Service counterparts at the event in Kachreti, Georgia. Fruitful discussions took place throughout the meeting. The next cross-border meeting has been tentatively scheduled to take place in Zaqatala, Azerbaijan in November.

On April 29, a U.S. Defense Threat Reduction Agency (DTRA) Cooperative Threat Reduction Program delegation led by Dr. Elizabeth George, the Director of the Cooperative Threat Reduction Directorate for DTRA, visited the Ministry of Agriculture on Wednesday to take part in an annual review of Cooperative Threat Reduction programs in Georgia. Dr. George commended the Georgian Ministry of Agriculture and Ministry of Health, Labour, and Social Affairs in their fulfillment of mutual animal and human health program goals in Georgia, and also reviewed USG and Georgian progress at the Richard G. Lugar Center for Public Health Research.  The Lugar Center is a certified Biosafety Level-3 facility that performs a unique role in identifying especially dangerous pathogens, research, and public health for the region.  Distinguished attendees included the Georgian Minister of Agriculture Otar Danelia, Deputy Minister of Health, Labor, and Social Affairs Valeri Kvaratskhelia, as well as representatives from Georgia’s National Center for Disease Control and Public Health, the Laboratory of the Ministry of Agriculture, the National Food Agency, and the Eliava Institute.  Representatives from the U.S. Office of the Secretary of Defense, U.S. Centers for Disease Control, and the Walter Reed Army Institute of Research also participated in the event.