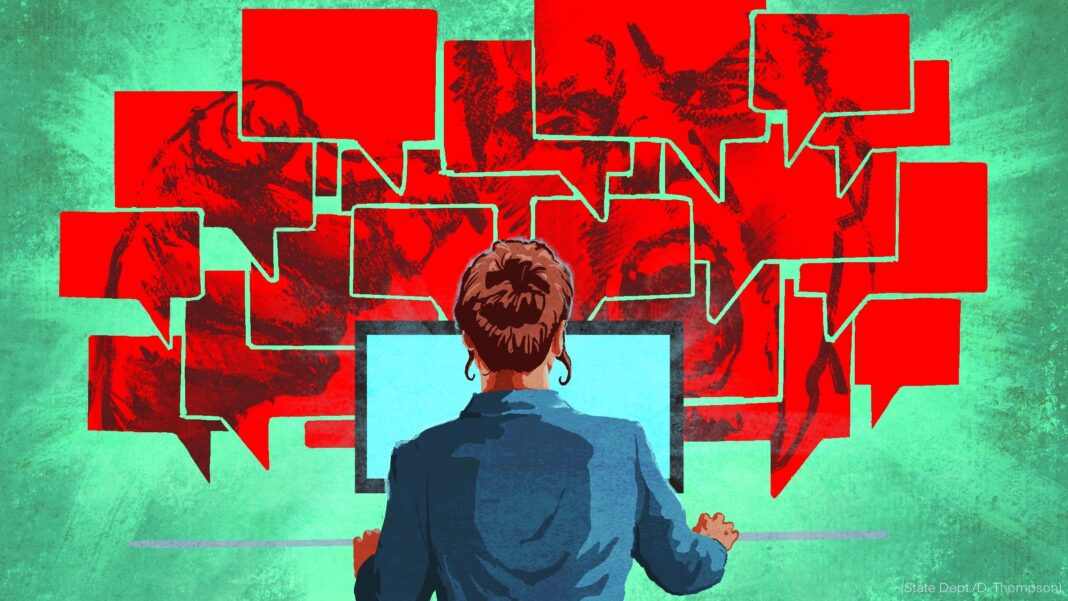 The digital world holds great promise to amplify the voices of women, girls and LGBTQI+ individuals. But it also has given rise to new forms of gender-based abuse and harassment.

Gender-based online violence is a human rights issue that must be tackled on a global stage, according to a coalition of governments, international organizations and private sector groups that aims to deliver tangible results by year’s end.

Led by Denmark and the United States, the Global Partnership for Action on Gender-Based Online Harassment and Abuse was created to combat the growing scourge of what is known as “technology-facilitated gender-based violence.” In addition to Denmark and the U.S., Australia, South Korea, Sweden and the United Kingdom form the initial set of member countries.

“Our response to gender-based violence needs to be updated to the 21st century,” Linda Thomas-Greenfield, the U.S. ambassador to the United Nations, said during a March 16 event in New York kicking off the new partnership.

“We need everyone to elevate this issue of online harassment and abuse — it has been neglected for far too long,” she said.

For many women and girls, the Internet is not a safe space but present new arenas for harassment and oppression.

At #CSW66,🇩🇰and🇺🇸🇦🇺🇸🇪🇬🇧🇰🇷proudly launched a Global Partnership to rethink efforts & #DeleteOnlineGBV.

Preventing and responding to gender-based online abuse was one of several priorities outlined during President Biden’s 2021 Summit for Democracy.

The partnership, launched during the 66th United Nations Commission on the Status of Women, is also part of the Denmark-led Tech for Democracy initiative to protect against human rights abuses in the digital arena.

Worldwide, an estimated 85% of women and girls experienced some form of online harassment, according to the White House. Some victims experience severe mental stress, social isolation and thoughts of suicide.

Examples of gender-based online violence include:

“Online harassment and abuse have a chilling effect on women, girls, and other underrepresented or marginalized groups. It can lead to self-censorship — or disengagement altogether,” said Jennifer Klein, director of the White House Gender Policy Council.

“Because this abuse is truly borderless, our efforts to address it should be as well,” she said.