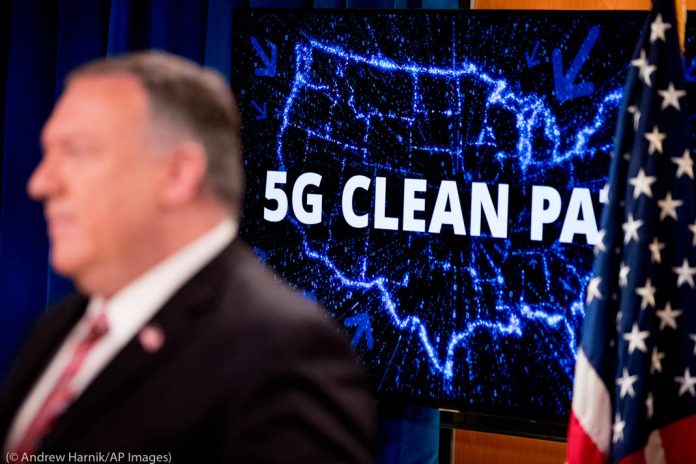 The Clean Network initiative builds on and expands the Clean Path, which is designed to protect 5G networks from untrusted vendors.

Since U.S. Secretary of State Michael R. Pompeo announced the Clean Network, the list of Clean Countries and Territories has grown to 53. There are now 180 Clean Telecommunications Companies (Telcos) that have taken steps to keep their networks trusted and safe by committing to using trustworthy telecommunications equipment.

“[Fifty-three] Clean Countries, 180 Clean Telcos, and dozens of leading companies —representing 2/3 of the world’s GDP — have already joined the tide toward trusted 5G,” Pompeo announced on Twitter November 22. “Many more [are] on the way.”

The Clean Network initiative is designed to go even farther than just 5G networks to protect the entire technology data system.

The movement of data can be dizzyingly complex, from a mobile phone to a mobile-network base station to a remote cloud server then along an undersea cable to a recipient on the other end. If any part of this complex system is built by untrustworthy companies, sensitive data or critical infrastructure can be compromised.

The Clean Network initiative is a direct response to threats from malign actors around the world, Pompeo has emphasized. “We will keep doing all we can to keep our critical data and our networks safe from the Chinese Communist Party,” he told reporters in a press briefing.

Under China’s security laws, the PRC government may compel individuals and companies to cooperate with the PRC’s intelligence services, creating significant risks to security and data privacy.

“We call on all freedom-loving nations and companies to join the Clean Network,” Pompeo has said.