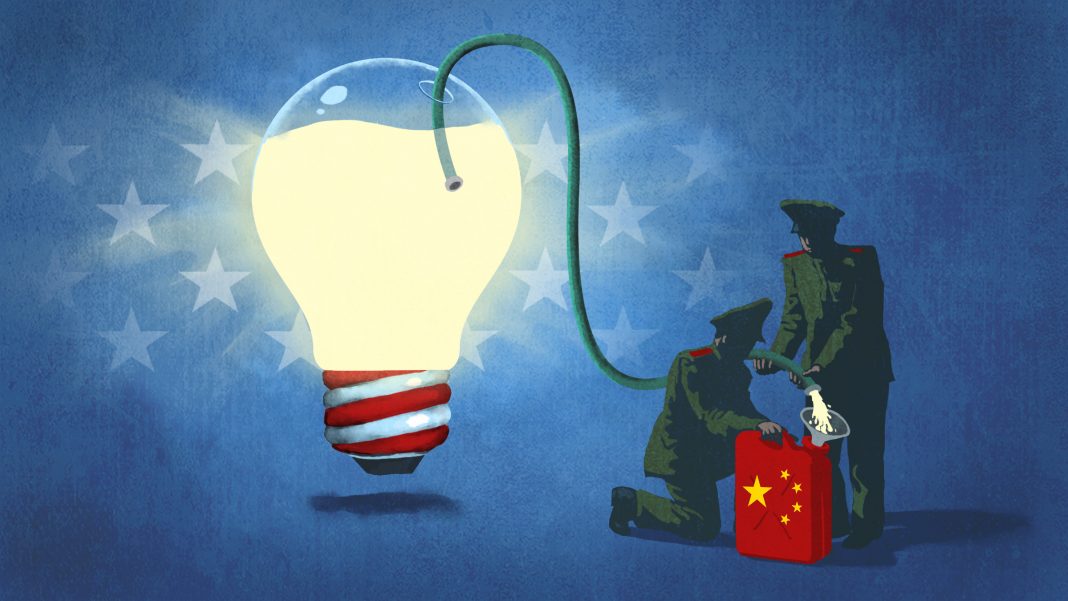 America’s top law enforcement official is warning of the risks to free societies posed by the Chinese Communist Party’s espionage. This theft poses the greatest long-term threat to U.S. economic and national security, he says.

In remarks to a Washington think tank July 7, FBI Director Christopher Wray detailed the CCP’s “expansive approach” to stealing information and intellectual property. Methods include everything from state-sponsored computer hacking to pressuring researchers to steal data and requiring, by law, that Chinese technology firms share data with the CCP.

“China has a fundamentally different system than ours — and it’s doing all it can to exploit our openness while taking advantage of its own closed system,” Wray told the Hudson Institute.

He added that the Chinese regime’s theft of U.S. intellectual property has resulted in one of the largest transfers of wealth in human history.

The FBI director’s warning comes as the U.S. and other countries are taking steps to protect intellectual property from the CCP. President Trump in May issued a proclamation aimed at stopping the CCP from misusing U.S. visas to steal research in support of its military.

Global consensus is growing about the unacceptable risks of using equipment from China’s fifth-generation (5G) wireless technology companies, such as Huawei.

Wray said the CCP is unable to compete with the United States’ open system on equal terms, and is instead seeking to be the world’s only super power by any means necessary. He said the CCP’s methods of theft and coercion include:

But he also drew a distinction between violations caused by China’s government and the valuable contributions of its people around the world, including to the United States.

“Confronting this threat effectively does not mean we shouldn’t do business with the Chinese,” Wray said. “But it does mean that when China violates our criminal laws and international norms, we’re not going to tolerate it.”