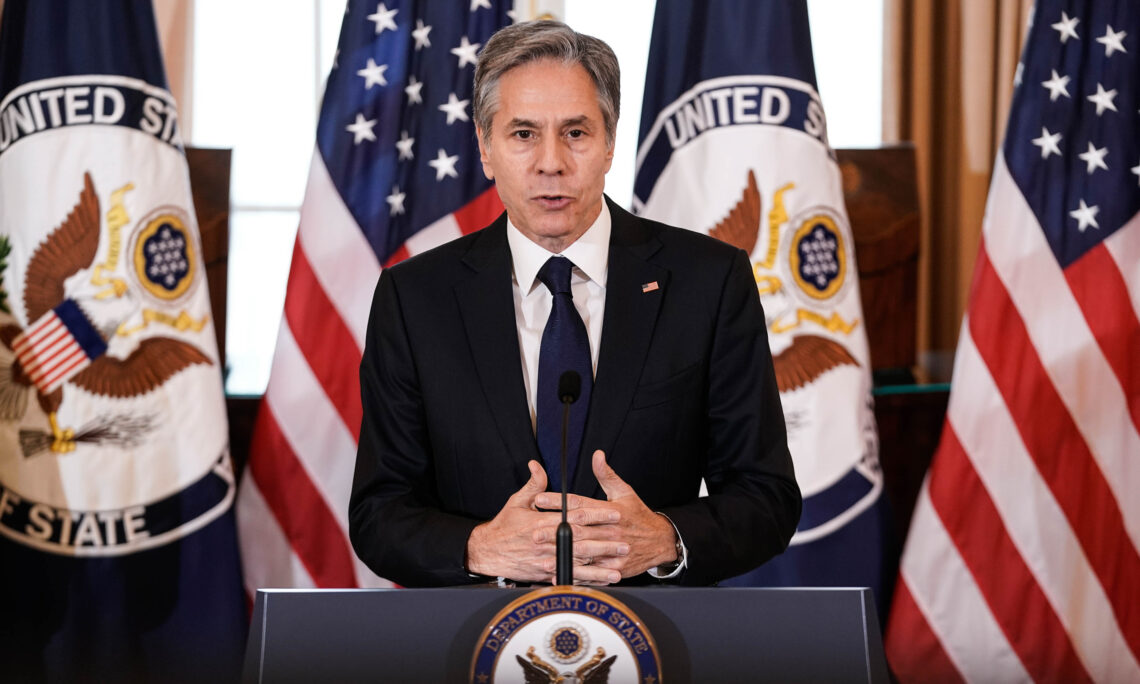 Fight for a world without human trafficking

In 2020, as governments focused on the COVID-19 pandemic, human traffickers found new ways to perpetrate their crimes, a new State Department report says.

These are among the findings of the State Department’s 2021 Trafficking in Persons Report. It tracks trends in 188 countries, including the United States, to inform future anti-human trafficking efforts around the world. An estimated 25 million people worldwide are victims of sex trafficking and forced labor.

“We need to work together, share information, hold each other accountable,” Secretary of State Antony Blinken said announcing the release of the report July 1. “That’s how we’ll create a world where no one is exploited by trafficking and everyone is able to live in safety and in dignity.”

Today, I am honored to release the 2021 TIP Report. It assesses governments’ efforts to combat human trafficking, including our own. So long as human trafficking exists, fighting it must be an effort of continuous improvement – with no finish line until we #EndTrafficking.

The report also identifies some governments as traffickers. Blinken cited the People’s Republic of China’s use of forced labor and detention of predominantly Muslim Uyghurs and members of other ethnic and religious minority groups in Xinjiang. The Secretary also noted indications of forced labor in the Cuban government’s medical missions abroad.

“Governments should protect and serve their citizens, not terrorize and subjugate them for profit,” Blinken said.

While the COVID-19 pandemic increased the risk of trafficking, prosecutors, advocates and others continued combating the crime, often at great risk to themselves. The State Department’s TIP Report honors eight Trafficking in Persons Report Heroes:

As president of Religious in Europe Networking Against Trafficking and Exploitation (RENATE), Sister Imelda Poole, of Albania, mentors others who combat trafficking across Europe. She also helps lead the anti-trafficking nongovernmental organization Mary Ward Loreto, in Albania, where she and her staff have set up 16 economic empowerment businesses to reduce women’s risk of exploitation, including by human trafficking. They’ve aided more than 3,000 women.

Josiane Lina Bemaka-Soui is a presidential adviser in the Central African Republic and the national Disarmament, Demobilization, and Repatriation program’s Strategic Focal Point for Children. Bemaka-Soui led the development and implementation of her country’s first national action program on human trafficking and has personally assisted former child soldiers who were released from prison.

Shakhnoza Khassanova, director of the Legal Center for Women’s Initiatives, “Sana Sezim” in Kazakhstan, assisted migrants stranded at the Kazakhstan-Uzbekistan border due to COVID-19 pandemic closures. Sana Sezim negotiated with the governments of Kazakhstan, Uzbekistan, and Tajikistan to open repatriation channels for more than 100,000 stranded migrants.

Shoichi Ibusuki, of Japan, advocates for the protection of foreign workers’ rights and provides legal representation for workers, including trafficking victims, who take action against former employers for labor law violations.

As director of the Association for the Prevention, Reintegration and Assistance of Prostituted Women (APRAMP), Rocío Mora-Nieto, of Spain, has for decades combated sex trafficking and the sexual exploitation of women there through a victim-centered approach that offers assistance to potential trafficking victims.