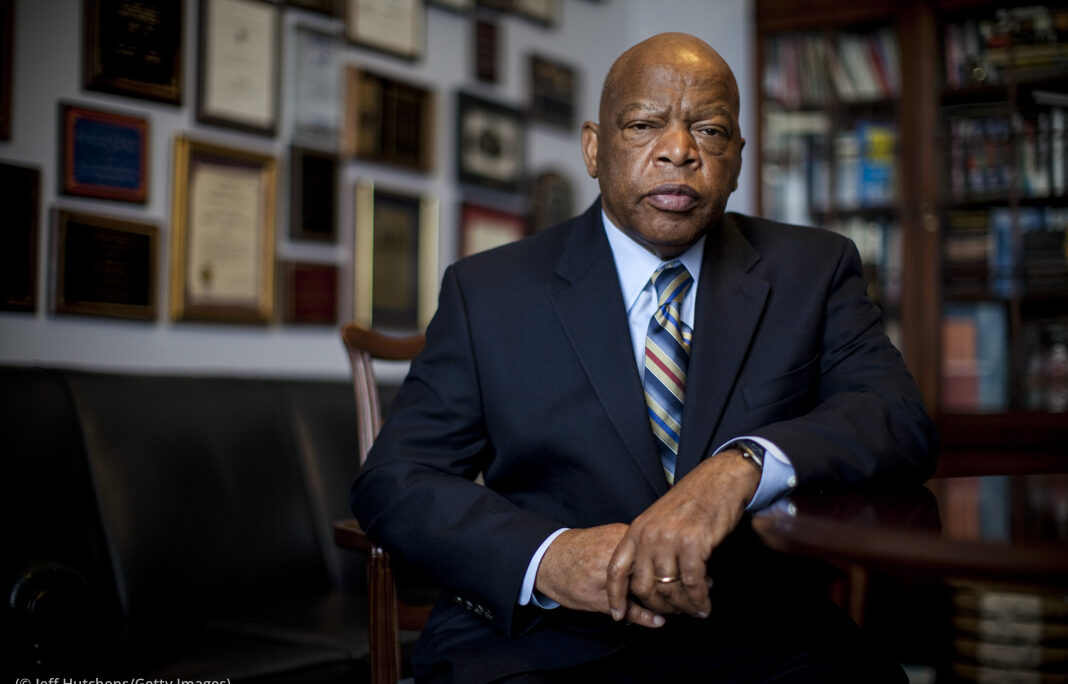 WASHINGTON D.C. - MARCH 17: Congressman John Lewis (D-GA) is photographed in his offices in the Canon House office building on March 17, 2009 in Washington, D.C. The former Big Six leader of the civil rights movement was the architect and keynote speaker at the historic March on Washington in 1963

Civil rights hero and U.S. Representative John Lewis died July 17 at the age of 80. He had been battling pancreatic cancer since he received the diagnosis in December.

The son of Alabama sharecroppers, Lewis was a central figure in the U.S. civil rights movement. A leader of peaceful protest, Lewis subsequently won election as a U.S. Representative from the state of Georgia, serving from 1987 until his death.

As the 23-year-old director of the Student Nonviolent Coordinating Committee (SNCC), Lewis was the youngest of the Big Six — leaders who represented six national civil rights organizations during the civil rights era.

Led by Martin Luther King Jr., the Big Six organized the 1963 March on Washington for Jobs and Freedom, which drew hundreds of thousands of people to the U.S. capital. Lewis addressed the crowd immediately before King’s famous “I Have a Dream” speech.

Lewis also led the “Bloody Sunday” march across the Edmund Pettus Bridge in Selma, Alabama, on March 7, 1965, during which the peaceful protesters were attacked and Lewis’ skull was fractured.

In his memoirs, Lewis wrote about the experience and how it was a turning point during the civil rights movement, saying, “Something about that day in Selma touched a nerve deeper than anything that had come before.”

Throughout his 33-year tenure in Congress, Lewis continued to advocate for equality, justice and freedom for all. He received the Presidential Medal of Freedom in 2011.

“We’re one people, we’re one family,” Lewis said in a June 4 interview. “We all live in the same house, not just the American house but the world house.”