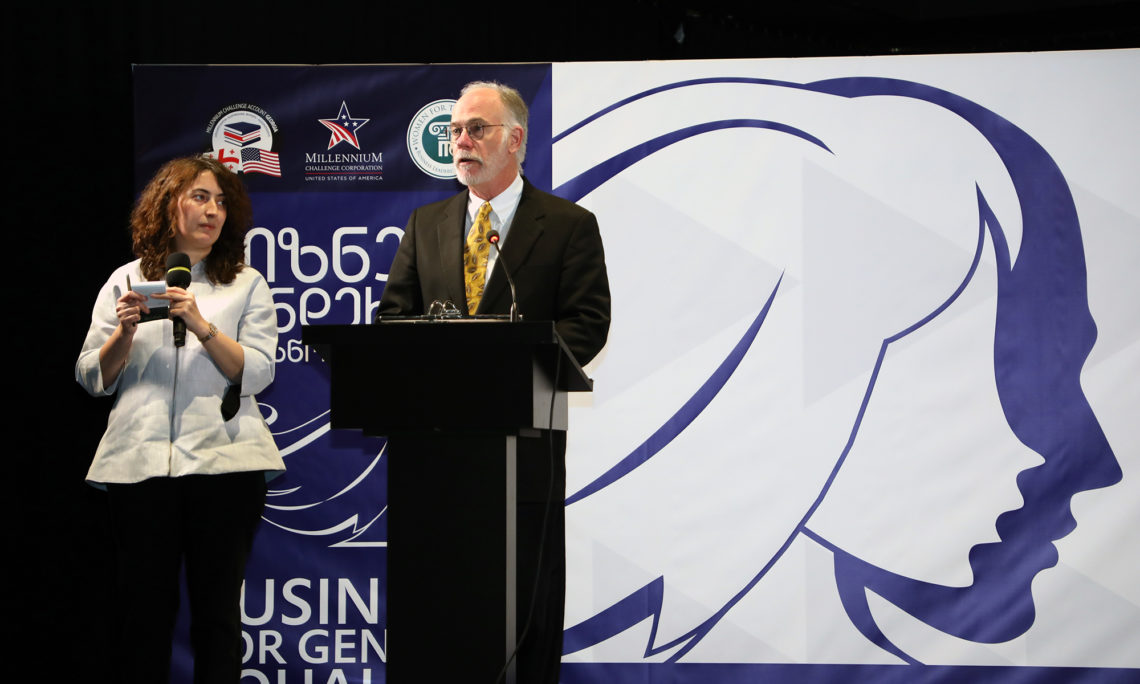 Charge d’affairs, Ambassador Ross Wilson: I am delighted to be a part of today’s Business Awards for Gender Equality that the United States’ government helps to support here, as part of a broader effort to promote the success of Georgia, and the success of a half of its population that are women. The awards that we are giving out today will recognize some of the important achievements in the area of gender equality and will recognize some of the important people in this country who play an essential role in promoting gender equality for all Georgian citizens.

Q-n about the recent developments regarding TBC bank and Mamuka Khazaradze, and if the Ambassador sees the need to create a parliamentary commission on the case

Charge d’affairs, Ambassador Ross Wilson: As I have said all along, the United States is closely following this case.  Our concern is that the conclusion of the case – how that conclusion is produced and how it is explained – can either have a helpful or potentially damaging effect for Georgia’s reputation as a place to do business.  It is not for me to tell the parliament what to do.  I think, in how this case is explained, there are important roles that Georgia’s democratic institutions have to play in explaining to the public, explaining to interested audiences, what has happened, why, what are the implications in how Georgia moves forward?