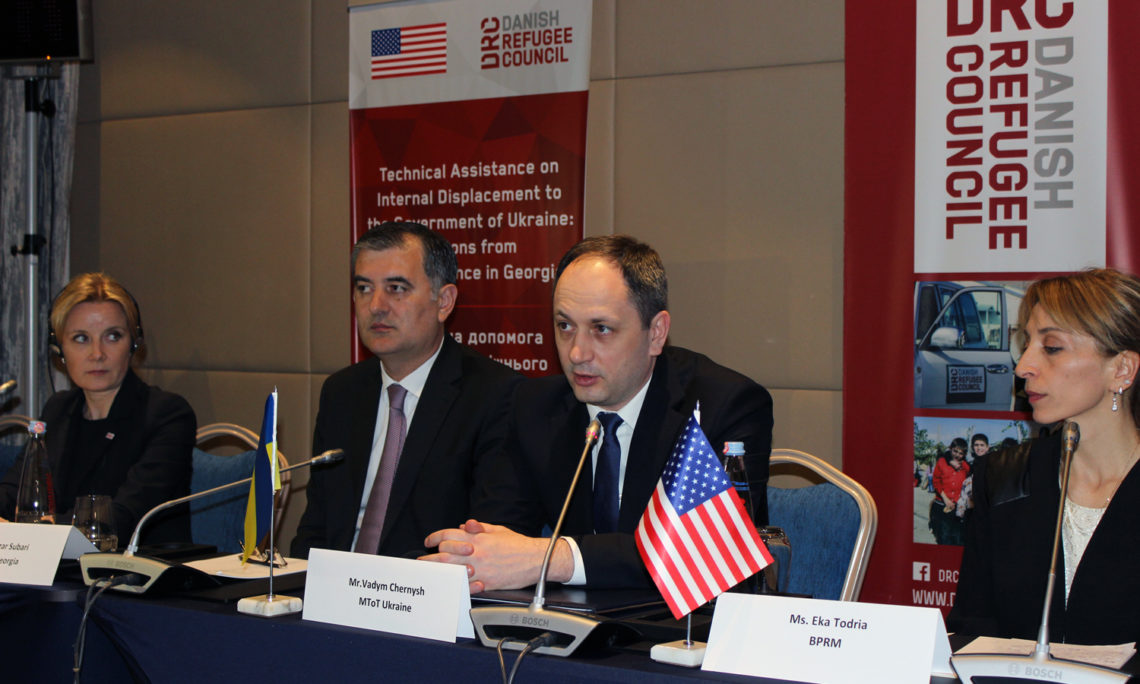 Late last week, at a signing ceremony at the Hotel Biltmore in Tbilisi, a Memorandum of Understanding (MOU) was signed by Georgia and Ukraine that established a technical assistance program aimed at strengthening and developing Ukraine’s technical capacities to deal with its internally displaced persons (IDP) challenges.

The project, funded by the U.S. Department of State’s Bureau for Population, Refugee and Migration (PRM), aims to strengthen and develop the technical capacities of the Government of Ukraine to effectively address its internal displacement problems.  This is to be achieved, in part, through the practical experiences gleaned from Georgia’s IDP response and facilitated by peer-to-peer contact in accordance with international standards.

Under the auspices of a technical assistance program in Ukraine implemented by the Danish Refugee Council (DRC), the project will endeavor to highlight commonalities between past Georgian experiences and the current Ukrainian situation.   It is hoped that the program will deepen each Government’s understanding of the other systems’ past and current challenges, resulting in the identification of measures that will help build the Government of Ukraine’s capacity to manage and assist IDPs.

To facilitate the sharing of knowledge, best practices and lessons learned from the field of IDP responses, the project will include a series of workshops, seminars and study tours that will be convened with the participation of government, NGO and civil society officials from the two countries.   Key to the discussions will how both sets of Civil Societies developed responses to the conflicts and displacements,  as well as coping mechanisms for political instability, corruption and shifting donor and media priorities.

The project demonstrates America’s support of Georgia’s and Ukraine’s cooperative efforts to better address the needs of its respective internally displaced persons (IDPs), and promotes Georgia’s role as a regional humanitarian actor.