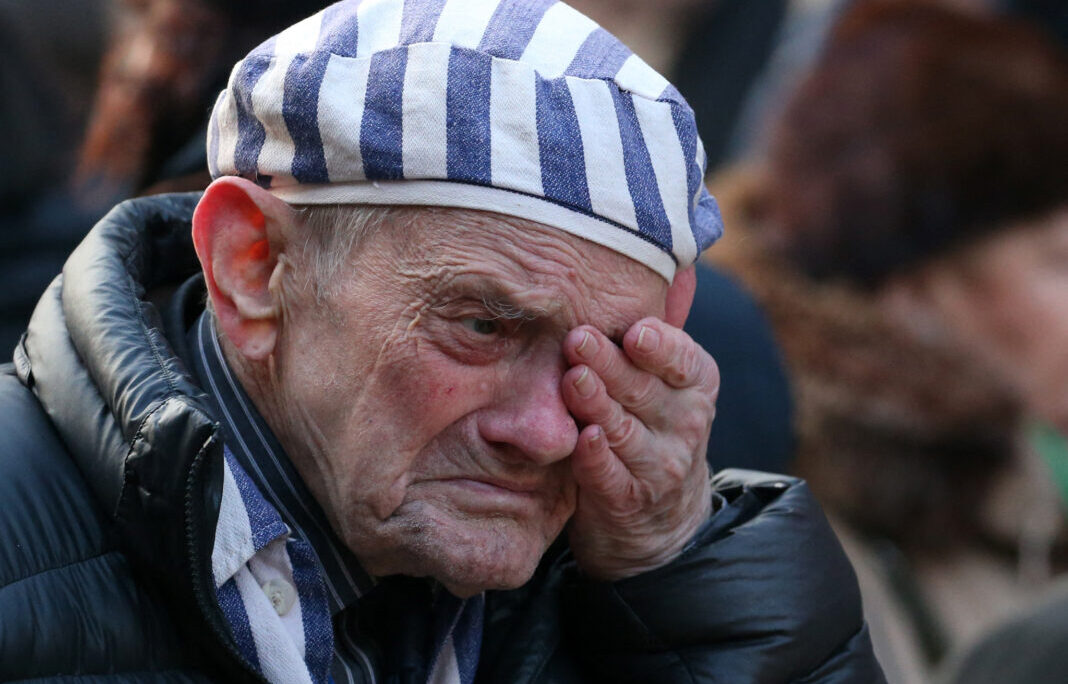 A Holocaust survivor mourns during a ceremony at the former Auschwitz-Birkenau Nazi death camp in Oświęcim, Poland, on January 27, 2020. (© Natalia Fedosenko/TASS/Getty Images)

Leaders around the globe are working together to counter dangerous messages of Holocaust denial and distortion that have spread in this digital age.

The International Holocaust Remembrance Alliance, a body that supports Holocaust education, research and remembrance worldwide, explains the terms: “Holocaust denial seeks to erase the history of the Holocaust. In doing so, it seeks to legitimize Nazism and antisemitism.” Holocaust distortion “acknowledges aspects of the Holocaust as factual. It nevertheless excuses, minimizes or misrepresents the Holocaust in a variety of ways and through various media.”

Leaders around the world increasingly are speaking out against these forms of antisemitism.

Distortion is often more subtle and insidious than outright denial. It can be found all across the political spectrum, but since the COVID-19 pandemic began, extremists have increasingly employed Holocaust distortion in ways that can harm democracy — for example, wearing yellow stars (similar to those imposed on Jews by the Nazis) to protest vaccine mandates and paint themselves as victims. Such tactics promote distrust of public health experts, while disrespecting the memory of Holocaust victims.

Some distorters rehabilitate the reputations of those involved in the Holocaust by downplaying their roles as Nazi collaborators, says Ellen Germain, the U.S. Department of State’s special envoy for Holocaust issues. But whatever form Holocaust distortion takes, she says, it “demeans the crime of the Holocaust — the systematic annihilation of an entire people.”

“Holocaust denial is a threat and must be taken seriously, but in North America and in Europe, it’s less common these days than Holocaust distortion,” according to the United States Holocaust Memorial Museum‘s Robert Williams, a senior member of the U.S. delegation to the International Holocaust Remembrance Alliance. “It can act as a ‘gateway drug’ to conspiracy theory and more dangerous forms of antisemitism. And it’s used to recruit, to radicalize and to sow broad cultural and social discord.”

During his tenure as America’s top diplomat, Secretary of State Antony Blinken, himself the stepson of a Holocaust survivor, has shone a light on these problems.

“It’s no accident that people who seek to create instability and undermine democracy often try to cast doubt on the Holocaust,” he says. “That’s why it’s so important that we speak the truth about the past, to protect the facts when others try to distort or trivialize Holocaust crimes.”