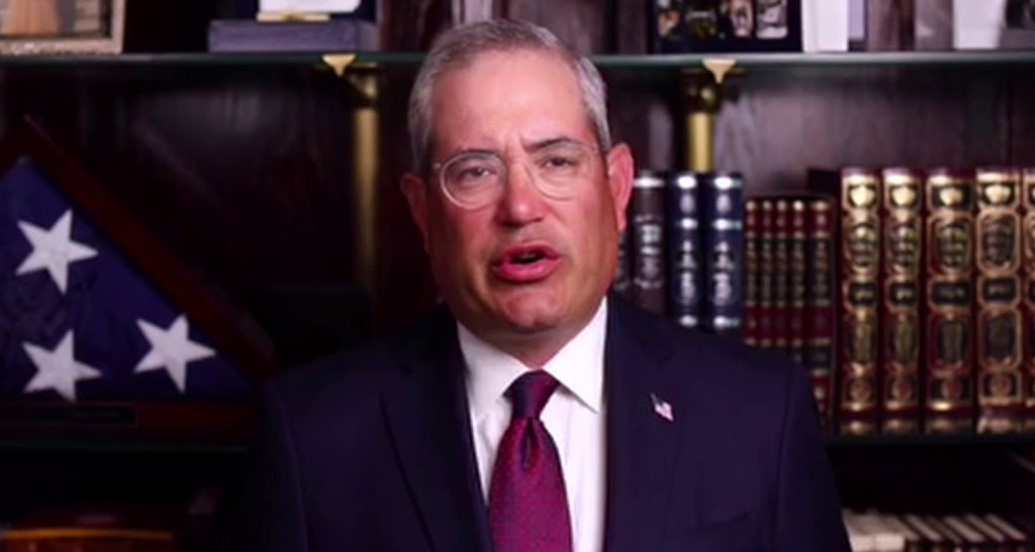 Hon. Paul Packer, Chairman of the United States Commission For the Preservation of America’s Heritage Abroad congratulates Georgians on Independence Day (May 26)

Greetings from New York. I am Paul Packer, Chairman of the United States Commission for the Preservation of America’s Heritage Abroad.

Scripture tells us to love the stranger, for once we were strangers in the land of Egypt. St. Grigol Peratze not only loved the stranger, he gave his life for one. Grigol spent his early years defending his country against Bolshevik hostility. Like many others who resisted the Soviets, Grigol was exiled from his homeland in the 1920s.

While suffering from a serious illness in 1930, Grigol vowed to devote himself to God. He made good on his promise and soon became the priest of St. Nino Orthodox Church in Paris, a congregation serving Georgians in exile.

A decade later, Grigol was living in Warsaw as the Nazis invaded. Despite the threat to his own safety, Grigol continued his religious and scholarly work, providing aid to Jews and other persecuted Poles, whenever possible.

His work soon attracted Nazi scorn, leading to his arrest and internment at the Auschwitz-Birkenau concentration camp.

The details of Grigol’s final days are tragically unknown. According to one story, he was murdered after taking the blame for a Nazi guard’s death to protect a fellow prisoner. Others say, he sacrificed himself in a gas chamber, to spare the life of a rabbi with a large family. What we do know is that Grigol cared for the stranger until his very last breath.

Grigol Peratze was an exceptional man. His actions, and the actions of other Georgian Schindlers, fall within a long tradition of Georgian hospitality and humanitarianism.

The Jewish people first found safety in Georgia over 26 centuries ago. Throughout that time, Georgian Jews have been blessed with welcoming neighbors, economic opportunity, and society largely free of anti-Semitism.

Georgia has long been ḥasidei ummot ha`olam, “righteous among the nations.” In a time of crisis, Grigol Peratze upheld the millennia of Georgian tradition. He stood up for those in need, no matter their religious or cultural differences.

As we celebrate Georgian Independence Day, I am proud to honor Grigol’s mitzvah and to celebrate all of our friends in Georgia, who embody Grigol’s legacy of loving the stranger.

I wish I could be there with you in person, but until then, stay safe, Happy Independence Day, God bless Georgia, and God bless the United States of America.