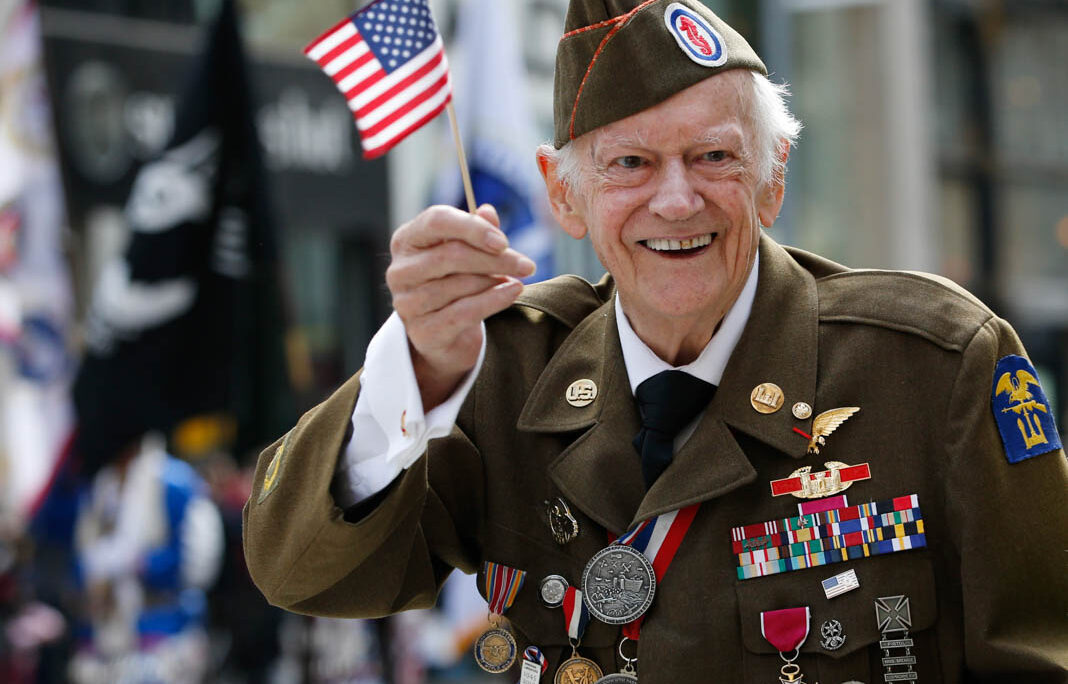 November 11 is Veterans Day in the United States. Americans usually plan parades, ceremonies and tributes to those who have served, and are currently serving, in the U.S. military.

Because of the COVID-19 pandemic, Americans will observe Veterans Day 2020 somewhat differently.

Edinburg, Texas, for example, is holding a virtual parade, with photos of veterans, video segments about fallen heroes and footage of marching bands. Many U.S. cities may adopt a similar model, and across the nation, veteran-themed civic events — including military plane flyovers — will mandate socially distanced gatherings where masks are required.

But what the holiday represents to America will not change.

“As we celebrate Veterans Day, we pause to recognize the brave men and women who have fearlessly and faithfully worked to defend the United States and our freedom,” said President Trump on Veterans Day 2019. Those words ring true every year.

In 2020, as always, the memorial amphitheater around the Tomb of the Unknowns in Arlington National Cemetery outside Washington remains the focal point for national Veterans Day ceremonies. The traditions are firmly established: A combined color guard representing all military services executes “present arms” at the tomb, the president lays a wreath, and a bugler plays “Taps,” the haunting call used at U.S. military funerals.

In 1958, two unidentified American war dead, one from World War II and one from the Korean War, were buried in Arlington National Cemetery alongside the Unknown Soldier from World War I. In 1984, an unknown serviceman from the Vietnam War was placed beside them. They symbolize all Americans who gave their lives in all wars.

The remains of the Vietnam Unknown were exhumed in 1998; he was identified through DNA testing and reinterred in another cemetery. Since then, that crypt has remained vacant

The earlier, more narrowly focused Armistice Day commemorated the end of fighting in World War I under the armistice implemented at 11 a.m. on November 11, 1918 — the 11th hour of the 11th day of the 11th month. President Woodrow Wilson proclaimed the first Armistice Day a year later.

To pay tribute to the 16 million Americans who fought in World War II (including 407,000 who died) and others who served the nation in war, Congress and President Dwight Eisenhower re-designated the November 11 holiday as Veterans Day in 1954. “Let us reconsecrate ourselves to the task of promoting an enduring peace so that their efforts shall not have been in vain,” Eisenhower wrote in his first Veterans Day proclamation.

On Veteran’s Day 2004, veterans of the Second World War attended the dedication of the National World War II Memorial on Washington’s National Mall. The Korean War is commemorated with a memorial nearby, comprising 19 statues representing a squad on patrol. More than 54,000 U.S. soldiers died in the three-year conflict.

The Vietnam Veterans Memorial, dedicated in 1982 and also on the National Mall, features two polished black granite walls inscribed with the names of more than 58,000 U.S. service members killed or unaccounted for in the Vietnam War.

The Vietnam Women’s Memorial was dedicated in 1993. Located a few yards from the main Vietnam Veterans Memorial, it depicts three women, including one caring for a wounded soldier. Nearly 2.6 million men and 7,500 women served in Vietnam; more than 83 percent of the women were nurses.

There are 18 million veterans in the United States, according to the U.S. Department of Veterans Affairs.