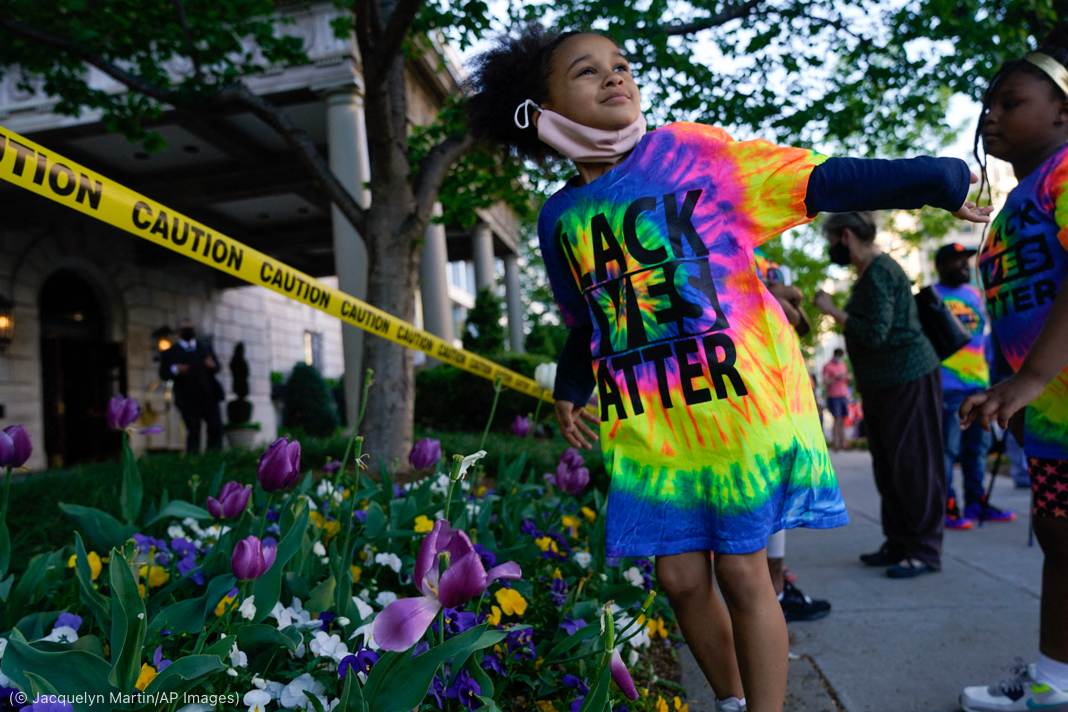 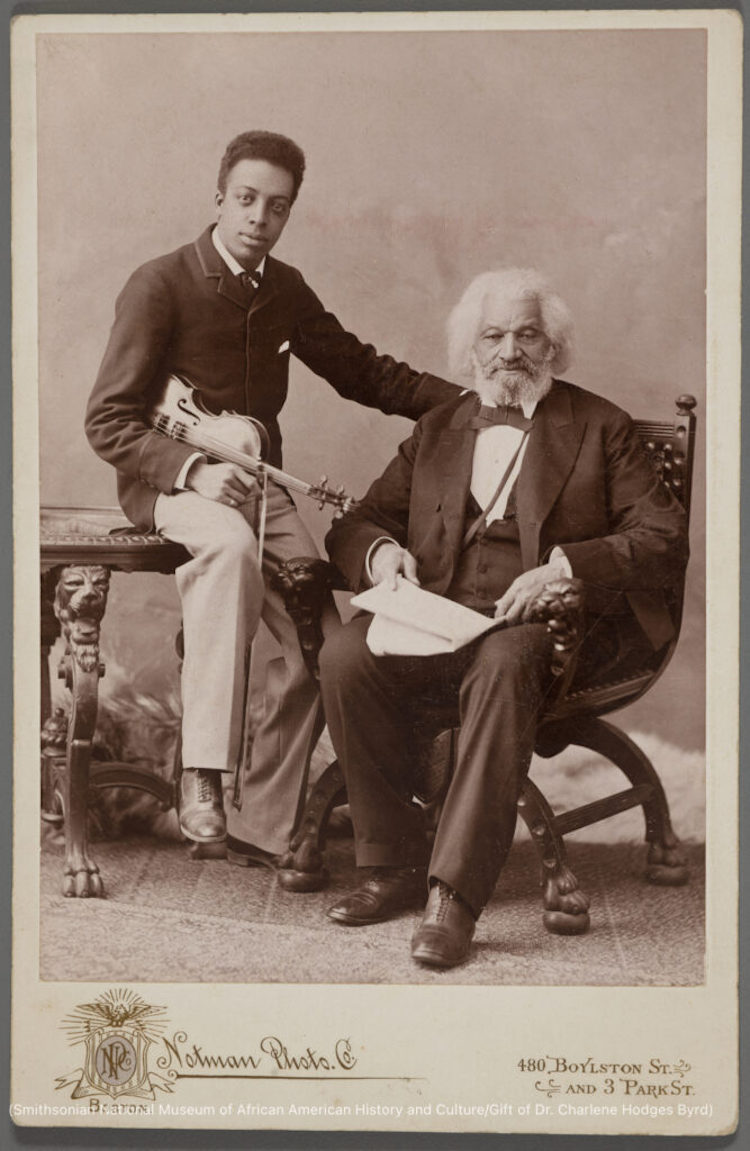 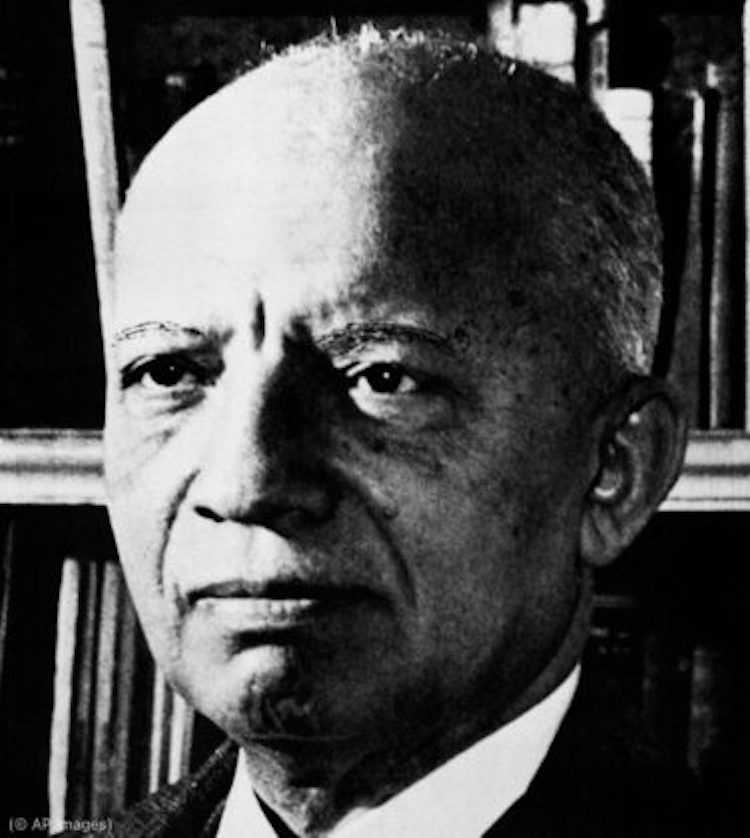 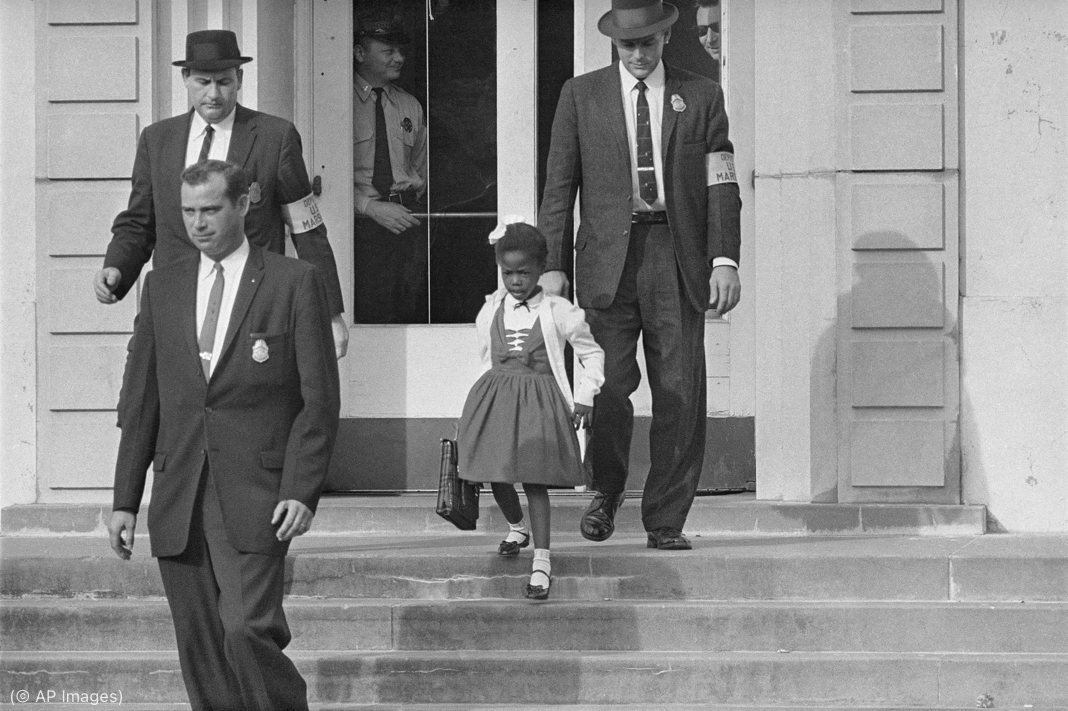 Mahkhyieah Lee, 5, of Scranton, Pa., dances at Black Lives Matter Plaza near the White House on Tuesday, April 20, 2021, in Washington, after the verdict in Minneapolis, in the murder trial against former Minneapolis police officer Derek Chauvin was announced. (AP Photo/Jacquelyn Martin)

Carter G. Woodson in an undated photograph. Woodson is a founder of the Association for the Study of African American History, who first came up with the idea of the celebration that became Black History Month. Woodson, the son of recently-freed Virginia slaves who went on to earn a Ph.D in history

U.S. Deputy Marshals escort six-year-old Ruby Bridges from William Frantz Elementary School in New Orleans, La., in Nov. 1960. The first grader is the only black child enrolled in the school, where parents of white students are boycotting the court-ordered integration law and are taking their child

Black communities didn’t need a week or a month dedicated to their history in order to remember and treasure it, says historian Matthew Delmont of Dartmouth University.

“They kept it in diaries and family records, in black newspapers, and through stories,” says Delmont, who is busy each February speaking to groups in schools and corporations as the United States observes Black History Month.

How an annual observance started

The celebration of the contributions of African Americans began in 1926 with Negro History Week (using the term that was later replaced by “Black” or “African American”).

The week was timed to coincide with the birthdays of President Abraham Lincoln, signer of the Emancipation Proclamation, and Frederick Douglass, who fought against slavery and became a social reformer after his own escape from enslavement. The week was the brainchild of historian Carter G. Woodson, who looked to the day when the accomplishments of Black people would be celebrated all year long.

The history week led to educational materials for schools with Black students, but many segregated schools with white pupils had little exposure to the materials about notable Black people.

“It was a direct challenge to traditional curricula of the time period, which often degraded and dehumanized Black people,” says Michael Hines, assistant professor at the Stanford University Graduate School of Education, in a video lecture on the celebration’s history that mentions the push for social and political equality. “More than just a chance to talk about a few notable achievements, Negro History Week was a call to action,” he says.

Fifty years later, during the United States’ bicentennial celebration, President Gerald R. Ford turned the week into a national monthlong observation called Black History Month, saying it was time to “seize the opportunity to honor the too-often neglected accomplishments of Black Americans in every area of endeavor throughout our history.”

Now speeches and performances are held. And schools focus on notable African Americans — Martin Luther King Jr. and Rosa Parks are now among the most well-known figures in American history. “Blacks always valued this history,” Delmont says. “Black History Month helped others understand how much impact black Americans have had in the United States.”

A huge portion of history texts already focus on the experiences of white Americans, and Black History Month is an important addition to seeing the country’s past from a different perspective. “You can’t understand American history without understanding Black American history,” Delmont says.

The Black Lives Matter movement and 2020 protests over police brutality led to greater recognition by Americans of all races and backgrounds of the experiences of Black Americans, says Delmont.

Americans have come to understand that their history is richer and more complex, if less uniformly equitable and honorable than they once thought. New scholars pay greater attention to the contributions and stories of previously marginalized Americans.

As a historian, Delmont sees value in discussing the good and bad of the nation’s past, including voting rights, slavery, and discrimination. Talking about the shared history, he hopes, can bridge divides and bring people together.