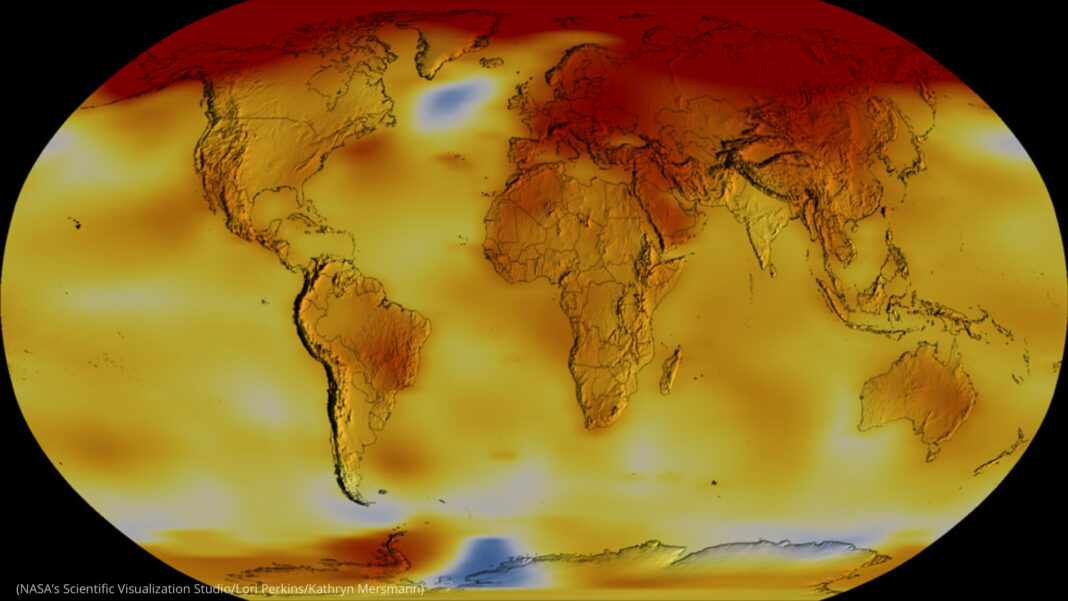 Globally, 2020 was the hottest year on record, effectively tying 2016, the previous record. Overall, Earth’s average temperature has risen more than 2 degrees Fahrenheit since the 1880s. Temperatures are increasing due to human activities, specifically emissions of greenhouse gases, like carbon diox
By Leigh Hartman
The U.S. agency that explores outer space is aiding the global fight against climate change.

With more than two dozen satellites and other measuring tools, NASA collects massive amounts of environmental data on everything from air pollution to global temperatures. Scientists use that information to better understand climate change and how to slow it.

“The complexities of climate processes still are not fully understood, and climate adaptation and mitigation efforts cannot succeed without robust climate observations and research,” acting NASA Chief of Staff Bhavya Lal said in a statement.

On February 3, NASA announced the creation of a senior climate adviser position to further agency efforts to tackle the climate crisis. Gavin Schmidt, director of NASA’s Goddard Institute for Space Studies and a leading expert on climate modeling, will serve in the post until a permanent senior climate adviser is selected.

President Biden has made strengthening U.S. and international efforts to fight climate change a top priority. On his first day in office, he moved to return the United States to the Paris Agreement, under which nations have committed to reducing greenhouse gas emissions and holding global average temperatures “well below 2 degrees [Celsius] above pre-industrial levels.” The U.S. formally returned to the climate agreement February 19.

Biden deepened America’s climate commitment in a January 27 executive order that calls for bold action, including achieving net zero emissions by midcentury or before.

NASA has been using satellites and ground sensors to monitor air quality and pollution for decades, informing scientists’ study of human activity on climate change.

As senior climate adviser, Schmidt will ensure the Biden administration has the necessary data to achieve its climate goals, including reducing greenhouse gas emissions.