Home Home | News & Events | How police are held accountable in the U.S. (June 5) 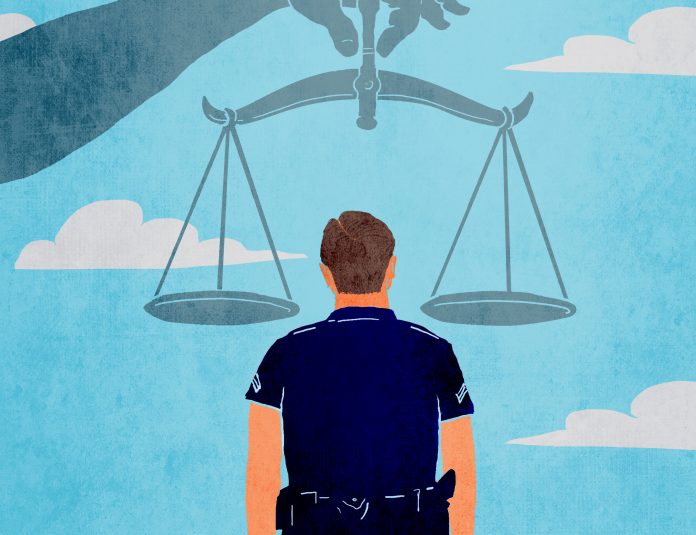 How police are held accountable in the U.S. (June 5)

Recent events involving police and protesters in the U.S. have some people wondering if officers of the law are held responsible like everyone else.

Towns and cities typically take a two-pronged approach after a police officer uses deadly force: One inquiry looks to see if the officer violated police department policy. The other is a criminal investigation to determine if the officer broke the law and should be prosecuted — and possibly go to prison if found guilty.

“There really are multiple layers of review when it comes to complaints against law enforcement officers,” said Tucson, Arizona, Police Chief Chris Magnus. The goal: make sure the investigation is transparent and unbiased and that police are held to the same standards as all other citizens.

Here’s how the system typically works any time a police officer fires his or her weapon or is involved in a deadly force incident:

Many police departments have a unit dedicated to investigating civilian deaths that involve an officer. Those that don’t bring in teams from larger jurisdictions. Such a unit, or team, is usually on the scene within an hour. A representative from the district attorney’s office arrives to make sure the collection of evidence is neutral and in no way unfairly favors the officer. The district attorney represents the state government and will later decide whether to prosecute the police officer for breaking the law.

The police department will immediately remove the officer from duty while investigators determine if the officer violated police procedures. On the same day as the incident, the officer must submit to drug and alcohol testing, give a statement and agree to discuss the incident with several units within the department. Many cities have external oversight offices headed by civilians, not police, that handle the investigation from beginning to end.

Step 3: Decide if officer should be prosecuted

“Accountability is a good thing. It builds community confidence, and it assures professionalism among officers.”