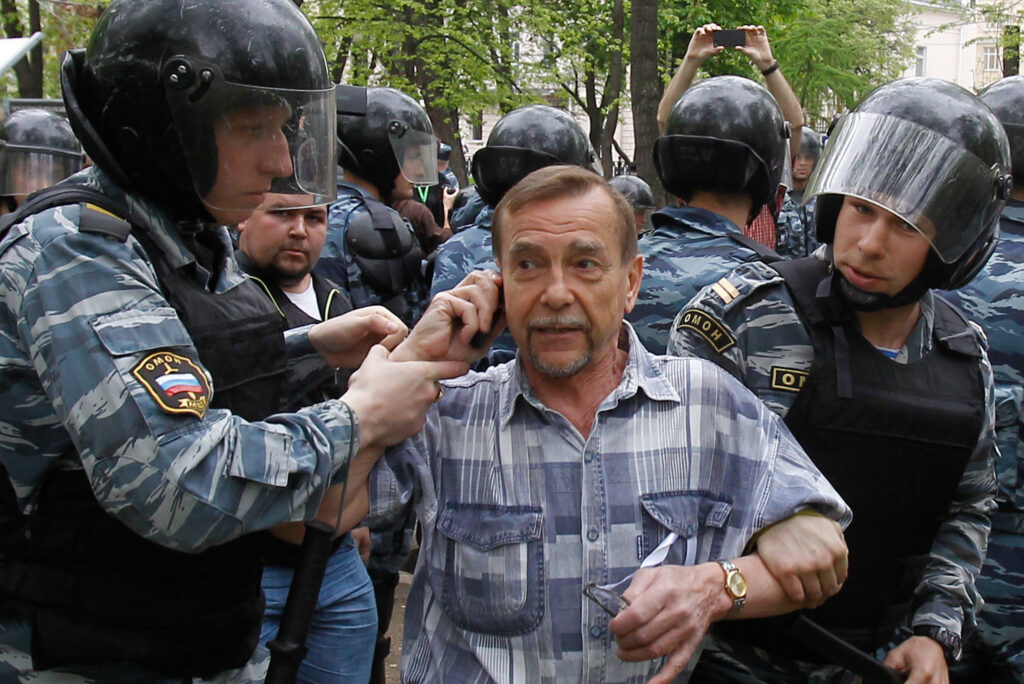 Harassment and censorship of independent media and government critics is common in the Russian Federation. A so-called “foreign agents” law, passed in 2012 and repeatedly expanded, allows the Justice Ministry to label groups or individuals “foreign agents,” exposing them to fines and harassment that stymie their work.

The same month, the Russian authorities effectively shut down the investigative news outlet The Project, deeming it an undesirable organization and designating its editor and four other journalists as “foreign agents.” The Project’s reporting had raised questions about how a top Russian official obtained his wealth.

“We have a major problem here,” Ponomaryov said in a televised interview. “We are in a situation where thousands of experts working for my organization across the country … may be fined en masse now.”

While Russian authorities draw false parallels between the “foreign agents” law they use to suppress dissent and a similar-sounding U.S. law, the two are very different.

The U.S. Foreign Agents Registration Act simply requires individuals and organizations to disclose their work on behalf of a foreign entity. In Russia, the “foreign agents” law is one of the government’s major tools to suppress and punish dissent.

Under Russia’s law, anyone receiving funds from abroad can be designated a “foreign agent,” even if they are not acting at the direction of a foreign entity. Nearly every reputable human rights organization in Russia and many independent media outlets have been forced to register under Russia’s “foreign agent” law.

By contrast, the U.S. FARA registry is comprised almost entirely of law and public relations firms hired by foreign entities to lobby the U.S. government. Those who do not take orders from a foreign party do not have to register.

Media outlets that do outsource editorial decisions to foreign governments may still operate freely in the United States. In May 2019, a U.S. court ordered a company that broadcast Russian state-owned news agency Rossiya Segodnya’s Radio Sputnik programming to register as a foreign agent because its editorial decision-making was directed by the Russian government. But Radio Sputnik continues to air freely in U.S. cities, including Washington.

“The American people have a right to know if a foreign flag waves behind speech broadcast in the United States,” a Justice Department official said after the case. “Our concern is not the content of the speech, but providing transparency about the true identity of the speaker.”

RFE/RL staff face the potential of criminal prosecution and jail time and the outlet continues to face intrusive labeling requirements designed to reduce its audience.

RFE/RL is a private, nonprofit news organization that operates in countries where governments restrict or ban press freedom. Although funded through a U.S. government grant, RFE/RL’s editorial independence is protected under U.S. law.

“Freedom of expression and access to factual and accurate information provided by independent media are foundational to prosperous and secure democratic societies,” Secretary of State Antony Blinken said on May 2.