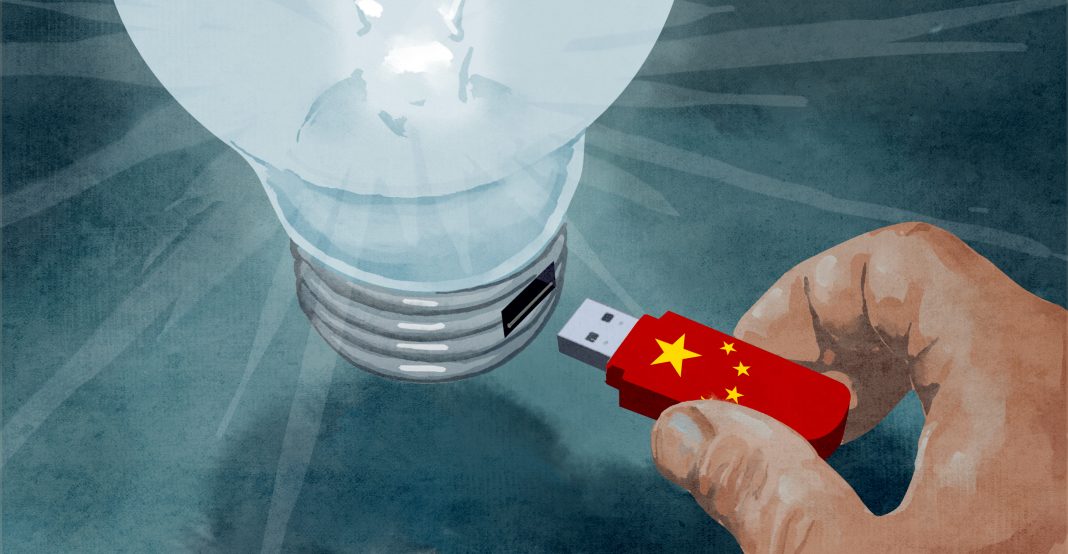 Researchers at the U.S. and Singapore–based company Avago spent more than 20 years developing technology to improve wireless communication. But an employee stole that technology to benefit the Chinese government.

U.S. officials cited that theft as one example of the Chinese Communist Party’s (CCP) “expansive approach” to stealing technology and intellectual property. Its goal? To advance its military and economic power, and to achieve global scientific dominance.

“Military-civil fusion” is one part of this effort. MCF mobilizes the whole of society: Every business, every individual is incentivized, co-opted and even compelled to participate in modernizing the Chinese military.

This raises enormous challenges for anyone — universities, private companies and countries alike — who would work collaboratively with their Chinese counterparts.

President Trump in May issued a proclamation to limit the CCP’s ability to misuse student visas to inappropriately acquire emerging technologies for MCF purposes. And U.S. law enforcement has launched more than 1,000 investigations into possible theft of U.S. technology, including for MCF purposes.

The Chinese Communist Party is seeking to build its military by exploiting American research institutions, academia, and private firms for their key technologies. Learn more about #MilitaryCivilFusion: https://t.co/Kh6Zfeviyv. pic.twitter.com/7cLf2Kg3UU

The CCP acquires others’ research by co-opting Chinese nationals, secretly paying foreign scientists to recreate research in the People’s Republic of China (PRC), and sending military officers abroad disguised as civilians to steal technology and information to advance the PRC’s military and economic development goals.

Christopher Wray, director of the U.S. Federal Bureau of Investigation, said July 7 that the CCP is “doing all it can to exploit the openness” of democracies in order to steal research.

The hacking campaign lasted more than a decade and targeted high-tech manufacturing, pharmaceutical, defense and other sectors in countries including the United States, Australia, Germany, Japan, Spain, South Korea, Sweden and the United Kingdom.

The CCP recruits and incentivizes both foreign and Chinese overseas nationals who have access to sensitive technology and information.

When he quit his job at an Oklahoma-based petroleum company in December 2018, Tan left with more than $1 billion worth of trade secrets. Tan pleaded guilty to theft and transmission of trade secrets and was sentenced to 24 months in prison.

In some cases, Beijing recruitment mechanisms have encouraged foreign scientists to recreate their research in China — while being simultaneously funded by the U.S. government for the same work.

Federal prosecutors say the CCP’s Thousand Talents Plan program agreed to pay Charles Lieber, a Harvard University researcher, $50,000 per month and awarded him $1.5 million to establish a research lab at the Wuhan University of Technology. Lieber accepted these funds from the Chinese government without disclosing them to Harvard or to his funder, the U.S. Department of Defense, breaching both policy and U.S. law.

Lieber is charged with making a false, fictitious and fraudulent statement.

A recent U.S. National Institutes of Health probe revealed that 54 scientists have either been fired or resigned after failing to disclose financial ties to foreign governments. Of the 189 scientists under investigation at the NIH, 93 percent had connections to the PRC.

Ye falsely identified herself as a student on a visa application and hid her military affiliation. She faces charges that include acting as an agent of a foreign government.