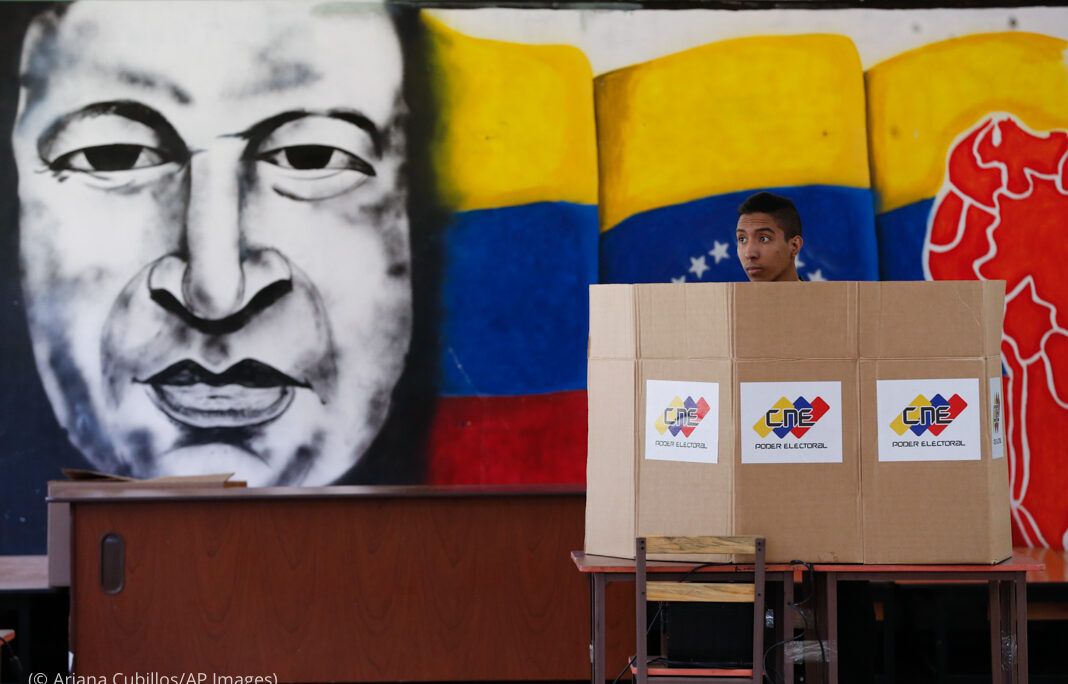 A voter chooses his candidate next to a mural of late Venezuelan President Hugo Chavez during presidential elections in Caracas, Venezuela, Sunday, May 20, 2018. Amidst hyperinflation and shortages of food and medicine Chavez successor, President Nicolas Maduro is seeking a second, six-year term in

How to prevent another failure of democracy in Venezuela (May 18)

It’s been two years since the illegitimate election of Nicolás Maduro, during which time Venezuela has plunged into even greater turmoil and suffering.

Within five days of the May 20, 2018, election, 46 countries declared the results illegitimate, according to the Electoral Integrity Project. The Project is an independent academic program based at Harvard University in the United States and the University of Sydney in Australia.

Voter turnout during the 2018 presidential election was historically low, which suggests voter suppression, according to the Electoral Integrity Project. Venezuela’s National Electoral Council reported that 46 percent of voters went to the polls to cast a vote while, according to Associated Press News, turnout in the previous three presidential elections averaged around 79 percent.

In addition to a record low voter turnout, State Department officials found other ways that the elections were unfairly manipulated.

Since Maduro was first elected, his regime:

To avoid a repeat of the undemocratic elections of 2018, the democratically elected National Assembly and the U.S. State Department have put forward a new national framework to restore democracy to Venezuela.

The framework proposes a “broadly acceptable transitional government to administer free and fair presidential elections,” to root out the preexisting corruption of the Maduro regime and start afresh while also fully adhering to the country’s constitution, Secretary of State Michael R. Pompeo said in a statement.

“We believe this framework protects the interests and equities of all Venezuelan people who desperately seek a resolution to their dire political, economic, and humanitarian crisis, and who know Venezuelans can have something better,” Pompeo said.