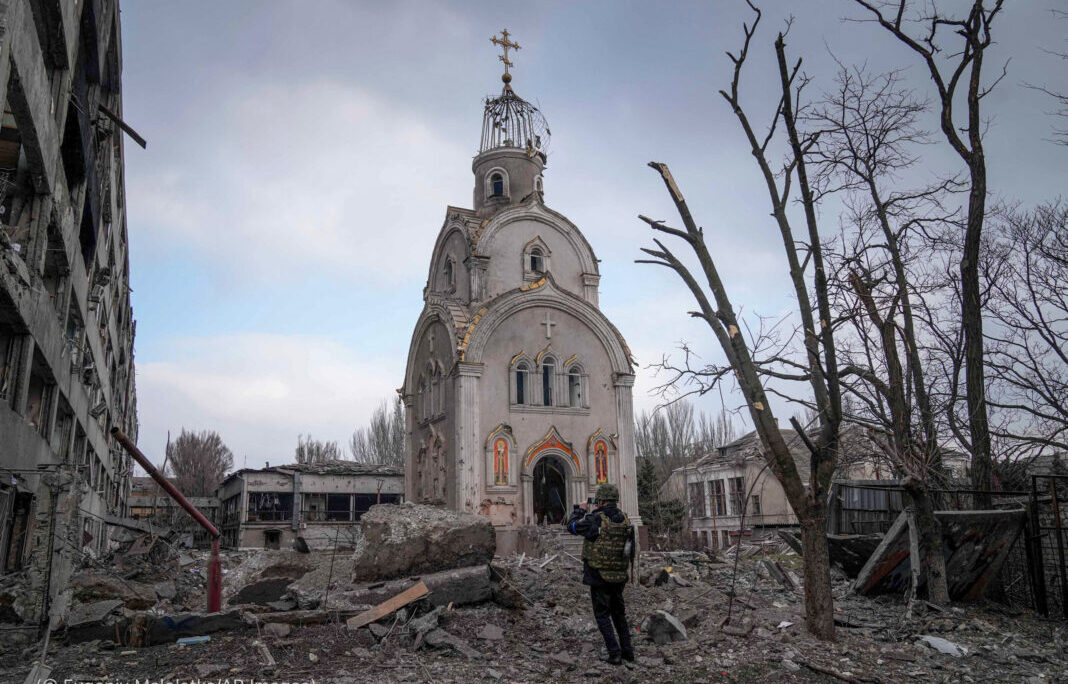 People worldwide are sharing the latest about the Russian military's invasion of Ukraine, including the Kremlin's attack on Mariupol (above). This photo is accurate. Some online information is not. (© Evgeniy Maloletka/AP Images)

When a country controls media outlets and spreads disinformation as state policy, as the government of Russia does, what passes as “news” is often distorted. With millions of people sharing information online, often in real time, about Vladimir Putin’s unprovoked war against Ukraine, it can be hard to tell what is true. That is especially true since the Kremlin ramped up its disinformation campaign and censorship of independent media before, during and after its further invasion of Ukraine.

When it comes to news about Ukraine, Caulfield says, the emphasis should be on “Stop” — that is, pause before you react to or share what you’re seeing, he told MIT Technology Review.

The Russian government has a lot of experience running disinformation campaigns, and its disinformation campaigns can fool anyone, including experts. Internet users should not believe they can outsmart rogue sites on their own simply by reading a site’s “about us” page. Such pages are likely to be misleading on disinformation proxy sites, experts say. Sites that engage in disinformation camouflage their identities to resemble a nonprofit or media outlet, so a web address or institution name is no longer a reliable method to determine credibility. Kathleen Hall Jamieson, co-founder of FactCheck.org, said people “like” and repost items quickly, so she advises users to first reflect upon whether they believe all the information in a post is credible.

In a 2018 study, Massachusetts Institute of Technology researchers examined activity on Twitter and found:

Experts say, with a little effort, anyone can be a more discerning online sharer of news.

Stanford University recently taught 500 Nebraska secondary school students how to verify the credibility of online sources. The students learned to verify information from an unfamiliar site by reviewing other known and reliable sites.

Professor and disinformation expert Kate Starbird urges users to look beyond the initial tweet before resharing. “What were they tweeting a couple of weeks or months ago? Make sure they are who they say they are.”