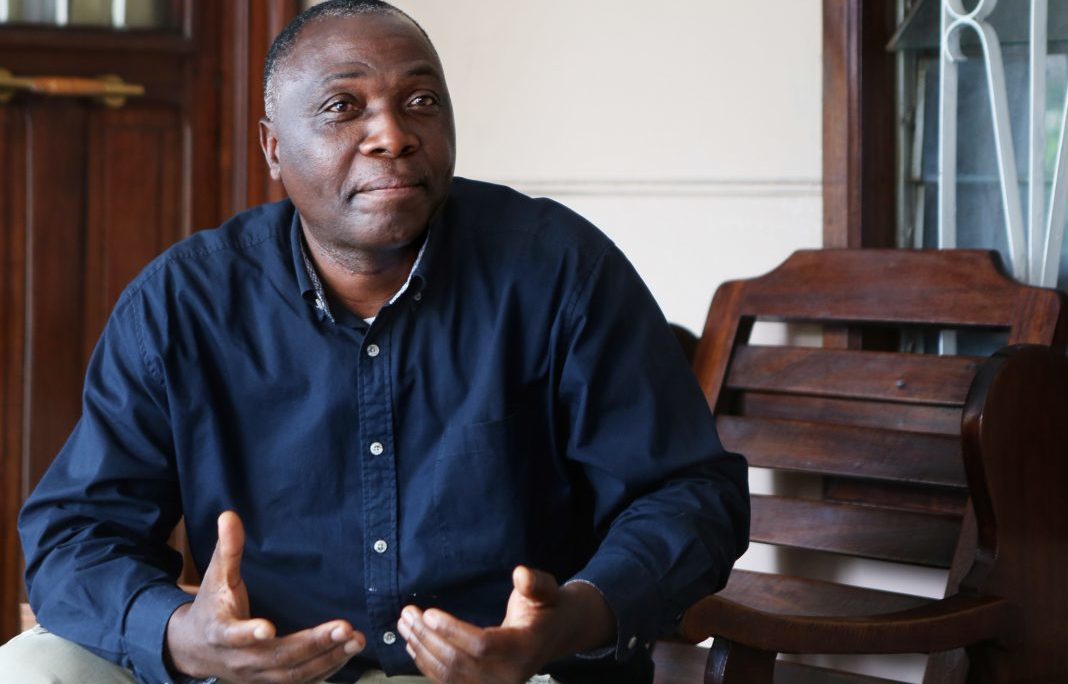 The story of the first Ebola case in Goma, in the Democratic Republic of the Congo (DRC), started here, Bishop Bernard Kabamba said as he sat on his front porch. He was thinking back to the day when Pastor Kubiya showed up at his front gate, ill and asking for help.

Bishop Bernard welcomed him, but called Meshock Byayi-Tchihanza, his church’s motorcycle driver, to drive the sick pastor to the nearest health facility.

What the men didn’t know at the time is that while Pastor Kubiya was preaching earlier in Beni, a town more than 320 kilometers north, he had attended the funeral of his brother, who had died days earlier of Ebola.

Since the Ebola crisis began in the DRC in mid-2018, more than 3,300 cases have been confirmed in the eastern part of the country and more than 2,200 people have died. It is now considered the largest outbreak of the disease in the country’s history, and containing it was a top priority for health officials and the international community.

Jonathan Mongello, an official in the DRC Ministry of Communication, was on call when the alert came in that there was a confirmed Ebola case in Goma. This was the first known case in a major city. Goma, the capital of North Kivu, is a major transit hub of more than 2 million people that borders Rwanda. Without action, officials knew, the disease would spread quickly.

Mongello was tasked with finding every single person who had interacted with Pastor Kubiya and encouraging them to get vaccinated. Mongello started by talking to the hospital staff and then used his networks to track down Meshock and Bishop Bernard.

He explained to Meshock and Bishop Bernard that they had been exposed to the Ebola virus and that they — along with their whole families — needed to get vaccinated.

Both men were hesitant and scared. To make matters worse, Meshock’s wife, Shantal, was pregnant.

“I was very afraid. I had heard that pregnant women shouldn’t get vaccinated because it could harm the baby and affect its development,” Shantal said. “But I was also very afraid of Ebola.”

Luckily, Mongello (who is also a pastor) had recently completed World Vision’s Channels of Hope program, which is funded by USAID. The program is designed to educate religious leaders of many faiths — including Christians, Muslims, Catholics, Adventists and Church of Christ in Congo — about Ebola in order to counter misinformation surrounding the disease.

“As a community leader, you need to be equipped,” Mongello said. “From the World Vision training, I learned how to more effectively listen to others and how to help them deal with their fears and emotions.”

Through the Channels of Hope program, religious leaders learn how the virus is spread and how they can keep their communities safe. They’re encouraged to find ways to incorporate this messaging into their sermons, religious teachings and daily practices in order to educate their congregations and communities. To date, this program has trained nearly 900 faith leaders and community influencers.

Even after Mongello convinced Bishop Bernard, motorcycle driver Meshock, and their families to get vaccinated, their ordeal wasn’t over. It can take up to 21 days for Ebola symptoms to appear. The wait was excruciating.

“It was not easy for us,” Bernard’s wife, Caroline-Okawo, said. “We expected to die.”

But they survived Ebola, and not a single person who came in contact with Pastor Kubiya in Goma got sick. They now use the story of their experience to enforce their message and help educate their community.

“Afterwards, the first thing we did was tell our church to get vaccinated,” Bernard said. “They listen to us as spiritual leaders and we now have something to say about Ebola. We went through this and survived it. We are a living testimony.”

A longer version of this article is available from USAID.