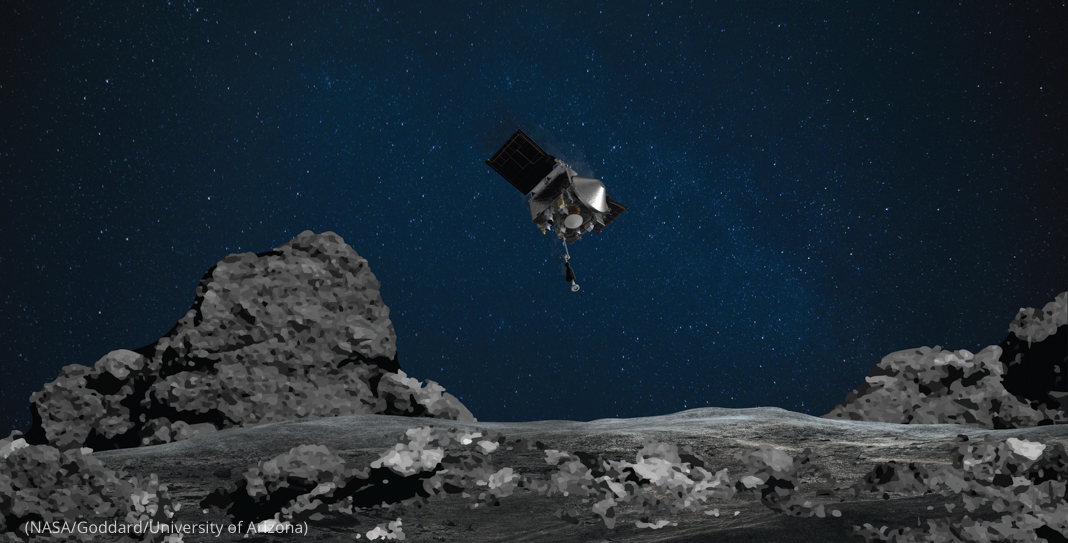 NASA’s OSIRIS-REx mission readies itself to touch the surface of asteroid Bennu. Credits: NASA/Goddard/University of Arizona

A NASA spacecraft touched an asteroid with a robotic arm, a first-ever achievement for the agency that may offer a glimpse into the early solar system.

NASA says elements that originated from Bennu could have helped seed life on Earth. If samples collected from the asteroid are deemed adequate, OSIRIS-REx will stow the pebbles and dust before starting for home in March 2021 with an expected arrival in 2023. Otherwise NASA will begin plans for a second collection attempt in January.

After over a decade of planning & countless hours of teamwork, we are overjoyed by the success of NASA's OSIRIS-REx Asteroid Sample Return Mission's attempt to touch down on ancient asteroid Bennu.

What's next for the mission: https://t.co/fa2OeGlHJK