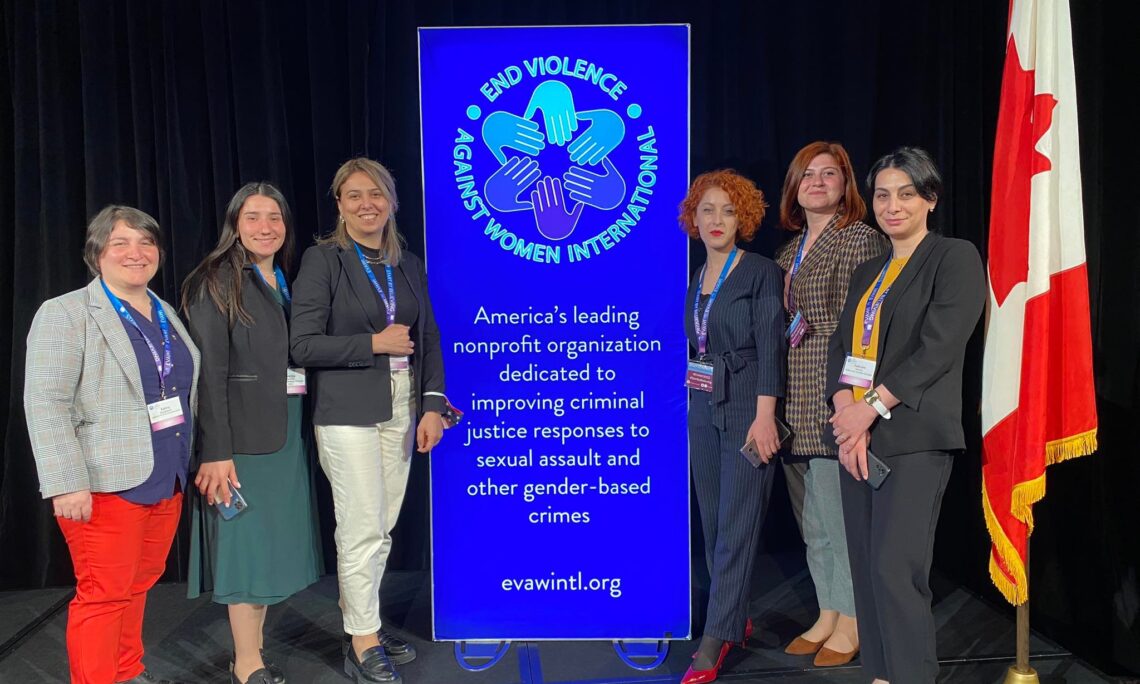 With the support of the International Narcotics and Law Enforcement (INL) Bureau of the U.S. Embassy in Tbilisi, five Victim and Witness Advocates of the Ministry of Internal Affairs of Georgia (MOIA) attended an International Conference on Sexual Assault, Domestic Violence, and Reimagining Justice organized by End Violence Against Women International in San Francisco, California April 19-21. The conference hosted over 1,900 participants from 22 countries. Subject matter experts discussed many important aspects of sexual assault and domestic violence investigations, including trauma-informed and victim-centric interviews, the role of Sexual Assault Nurse Examiners (SANE) in sexual assault investigations, and the future of victims’ services.

The Victim and Witness Advocates Office has existed under the Ministry of Internal Affairs since 2019. Their goal is to help victims and witnesses of gender-based violence to effectively communicate with the criminal justice system, to guide them through the investigation process while providing strong psychological and emotional support, and to help them understand their rights. The U.S. Embassy continues to build the capacity of MOIA’s Victim and Witness Advocates to support the establishment of a safer and more victim-centric environment for victims and witnesses of gender-based crimes in Georgia.